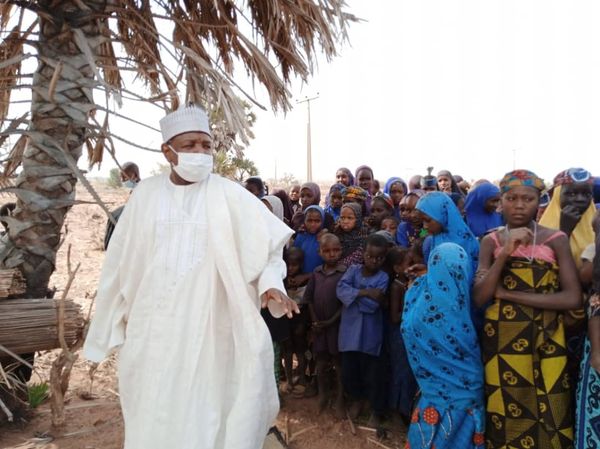 Gov. Atiku Bagudu of Kebbi State has directed the immediate sinking of boreholes at some Fulani hamlets in Bunza Local Government area.

Malam Yahaya Sarki, Special Adviser to the governor on Media stated on Monday in Birnin Kebbi that the directive was aimed at improving the lives of the people at the grassroots level.

He added that the governor while visiting the grassroots areas, was told about the hardship of residents who trekked long distances to get water.

Sarki also stated that the governor assured that officials of the Ministry of Water Resources would mobilise to sites soonest, either to repair boreholes and service power generating sets or sink new boreholes.

He also advised women in the hamlets, in particular, to form cooperative societies so as to benefit from agriculture loans from the state and from the Federal Government.

Some of the hamlets visited by the governor were Rugar Bambala, Tungar Riskuwa and Ruga Bello Hakimi, where he advised parents to send their children to school and advised all to live peacefully.