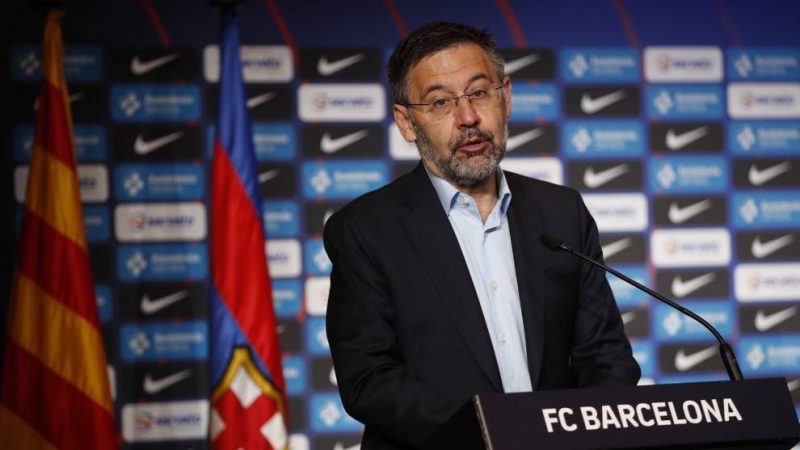 Josep Maria Bartomeu, the former president of FC Barcelona, has been arrested by the Catalan police, the newspaper Marca reported today.

The paper said Bartomeu was arrested in connection with the Barcagate scandal, which burst open last year February..

His arrest came amid a simultaneous raid of Barcelona offices at Camp Nou by the police.

They have all been taken to a local police station, Marca reported.

Barcagate is the scandal in which it is alleged that Barcelona paid for disparaging social media posts to be made about certain figures in the Blaugrana world who stood against Bartomeu’s regime.

This included some current players.

An external audit ruled out Bartomeu’s board as being behind it, yet judicial proceedings were opened when a judge from the 13th Barcelona investigating court, Adriana Gil, accepted a complaint from the Dignitat Blaugrana platform.

In summer of 2020, the judge ordered police to visit the club offices to collect information about the case.