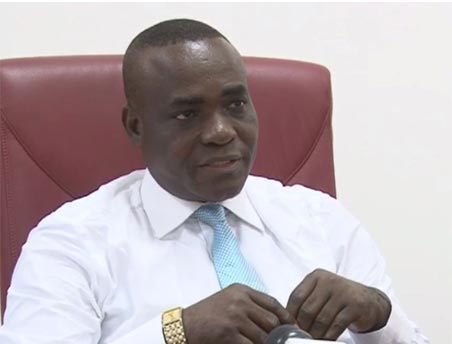 The Federal Government of Nigeria said it has concluded plans to crash the price of petroleum products in the country.

The Senior Special Assistant to President Muhammadu Buhari on Niger Delta Affairs, Senator Ita Enang disclosed this, weekend, during an interaction with journalists in Uyo, the Akwa Ibom State capital.

Enang said the FG decided to integrate local (illegal) refiners into the mainstream refining in the country, adding that that would be formalized during the National conference on artisanal and modular refining which would come up on March 15-17, 2021 in Abuja.

He further said the FG had agreed to partner with those in the creeks on how to legalise their businesses.

According to him, “We need to agree with those in the creek on how to legalise their business because of the danger the current practice is posing to the environment and the economy of the country.

“Therefore, the Federal Government will on March 15th- 17th hold a National Conference on Artisanal and Modular Refining to integrate local refiners into the mainstream refining in Nigeria. It is more necessary to do in-country refining to avoid certain duties and charges connected with importation of Petroleum products.

“At the conference, persons who have different capacities to do different things would come, even the illegal refiners would also come, and teach us how they do it and if they can improve upon it by giving them the equipment that does the cracking, we are good to go. We are encouraged to do this because during the Nigeria civil war that lasted for 30 months, Biafra was cut off from the entire world, they never imported petroleum products, they were producing and refining locally and that capacity is still there.

“With this step, it would be possible to have the products at less than N100 per liter, because other charges relating to clearing the cargo would not be there.”

On the deplorable state of Calabar/ ITU high way, Enang said he had made efforts to ensure that fund made available to contractors awarded the road reconstruction is released but blamed administrative bottlenecks and lack of commitment from governors of Akwa Ibom and Cross River, as well as 10 House of Representatives members and the three Senators from each State.

He, however, noted that Governor Ben Ayade of Cross River had at least helped in the process of implementing the contract for the reconstruction of the road.

He said he would not allow himself to be blackmailed with the road, challenging his accusers who are also in government to show the efforts they have put in so far towards the completion of the road

He said, “It is not APC or PDP or the Federal Government that will use that road but Nigerians and mostly the people of Akwa Ibom and Cross River States and so I want people to ask the Federal lawmakers from both states questions why that road has remained in that deplorable state.

“I challenge all members of the House of Representatives, all senators representing Akwa Ibom and Cross River State and the Governor of Akwa Ibom State to raise their hands to God and speak about their efforts towards the state of Calabar/Itu road.”