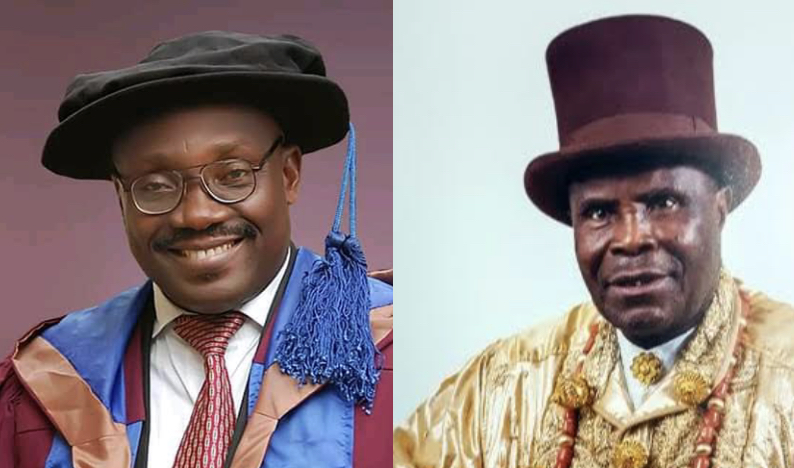 Exactly one week after the abduction of Dr Jones Gilbert Ayuwo, a lecturer at the University of Port Harcourt, and king Aaron Ikuru, monarch of Ikuru community in Andoni Local Government of Rivers State, their whereabouts are still unknown.

Both of them were kidnapped by gunmen on Sunday, February 21 at different locations.

PmNews correspondent gathered the lecturer and some journalists were returning to Port Harcourt from Andoni where they went for a Bible translation from English Language to Andoni when they were ambushed.

It was not clear if the kidnappers have made contacts to demand for ransom at the time of filing this report.

A spokesman for the University of Port Harcourt, Sam Kpenu, who also confirmed the kidnap said the lecturer was abducted along the Andoni-Opobo-Ogoni road.

“The kidnappers didn’t abandon Ayuwo’s car. They drove away Ayuwo’s car. Since that yesterday till date we have heard anything from Ayuwo or his kidnappers”.

He said the management of the University has also reached out to the family of the Ayuwo.

Some Staff of the Rivers State Television RSTV, who were with him were ejected from the car by the suspected kidnappers, and his car also driven away.

The staff of Rivers State Television, RSTV, left abductors after their phones and other valuables were stolen from them. They reportedly found their way to the Bori Police Station to report the incident.

The Commissioner of Police, CP Eboka Friday, while speaking to journalists assured that the two prominent Andoni sons would be released in record time as the Anti-kidnapping Unit of the Command had been mobilized in search of them.

On the other hand, the Monarch of Ikuru town, Dr. Aaron Ikuru monarch was kidnapped in his palace when unknown gunmen invaded Ikuru town on Sunday night after sporadic shootings.

The King who is Okaama of Ikuru Town is also Chairman of Andoni Council of Traditional Rulers.

Dr. Ayuwo is a member of Governing Council of Rivers State-owned Elechi Amadi Polytechnic, Port Harcourt was coming back from the meeting for Bible translation from English language to an Andoni dialect of Obolo.

Meanwhile, Students of the Department of Linguistics and Communications in UNIPORT, UNIPORT Alumni, and Bolo Youths have joined in calling for the unconditional release of him their monarch, and the Lecturer.