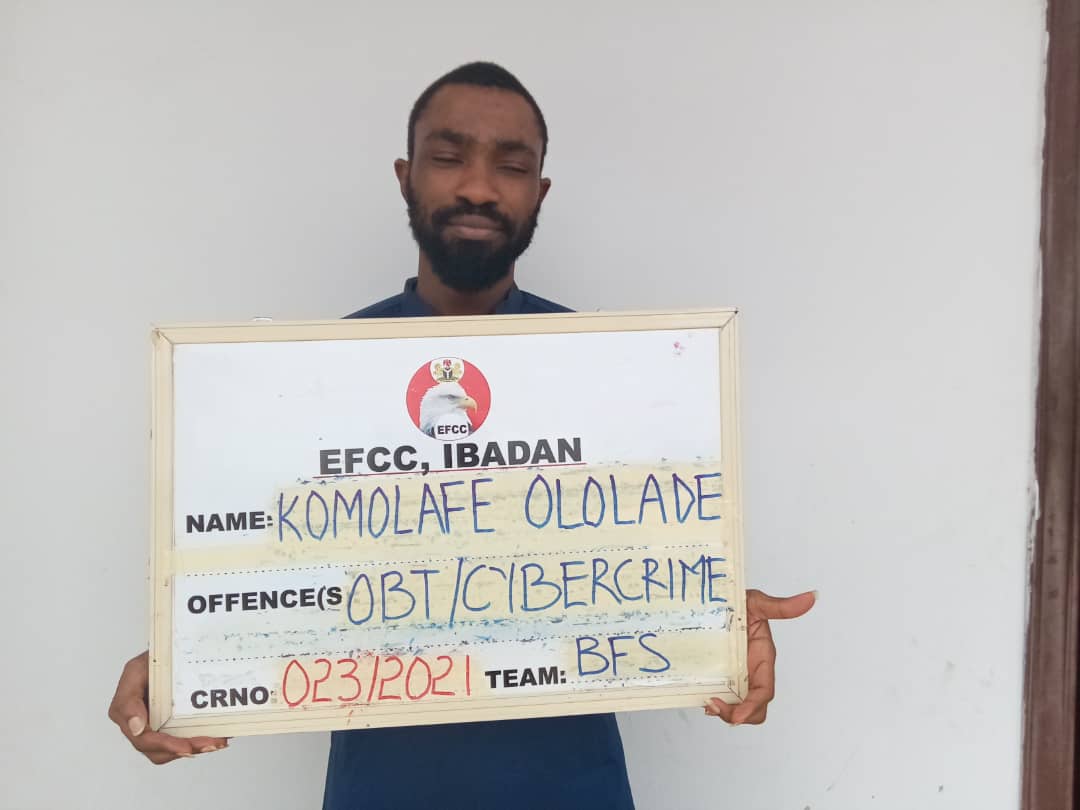 They were convicted on separate one-count charge of fraudulent impersonation preferred against them by the Ibadan Zonal Office of the Economic and Financial Crimes Commission.

Komolafe, 30, who claims to be a graduate of computer science from Osun State University was arrested on January 22, 2021.

In the course of the investigation, a number of incriminating documents were recovered from his email.

Upon arraignment on an amended charge after a plea agreement, he pleaded ‘guilty’.

Apart from his conviction, Komolafe was also ordered to restitute a total sum of N1,319,708.85k (One Million, Three Hundred and Nineteen Thousand, Seven Hundred and Eight Naira Eighty-five kobo).

The Court equally ordered the forfeiture of his iPhone 12, Samsung S5 and Samsung Galaxy S6 mobile phones; one MacBook, one Toyota Corolla 2008 model, one Toyota Venza 2013 model, and one Toyota Camry 2013 model cars; and a 4 bedroom bungalow.

He was equally ordered to forfeit a Samsung A51mobile phone and a Lexus ES 330 car to the Federal Government of Nigeria.