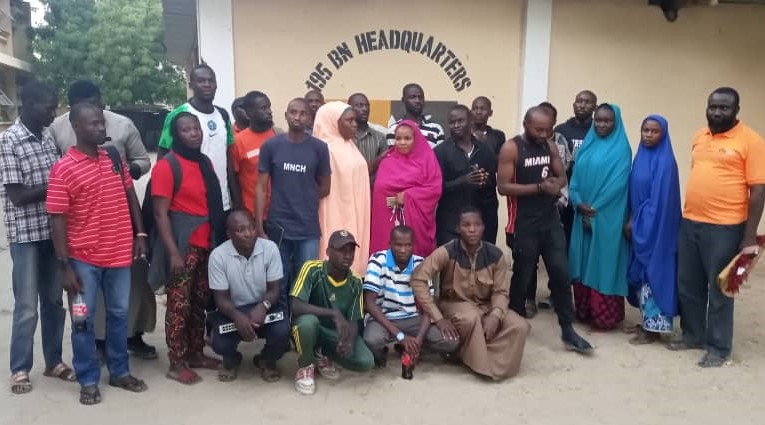 Twenty six humanitarian workers rescued from Dikwa,  the Borno town that was temporarily taken over by Boko Haram insurgents earlier in the week have been moved to Maiduguri, the  State capital.

According to PRNigeria, the humanitarian staff working with international agencies including United Nations were escorted to the Borno State capital, by troops of 7 Division Delta Force, together with 195 and 112 Battalions.

This was after troops foiled another attempt by Boko Haram terrorists to take over the town in the last few days.

The insurgents had stormed the town riding on many gun trucks in their determination to takeover the town and declare it one of their caliphates.

PRNigeria quoted a military intelligence officer  as confirming  that the timely deployment of army troops by GOC of the Division, General Abdul Khalifa and the active aerial operation by the Nigerian Airforce (NAF) prevented the terrorists from achieving their ‘sinister objective’.

The website reported that the workers who were trapped in their building in Dikwa were rescued during search and rescue operation conducted by troops after battle with the terrorists.

The rescued workers, which include 20 males and six females, have been handed over to their officials in Maiduguri.