Fears of epidemic in Ogun secretariat over collapse of sewage system 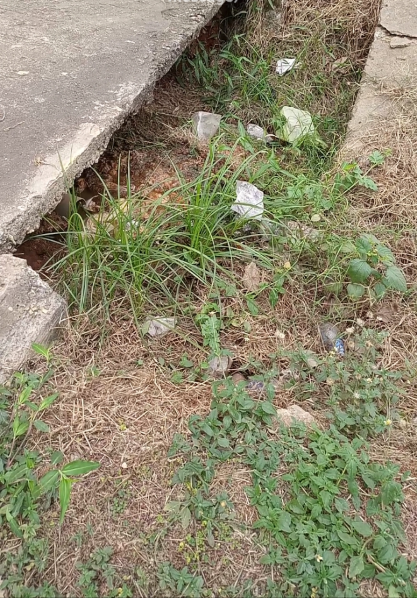 Workers and visitors to the Ogun Government Secretariat’s Complex at Oke-Mosan, Abeokuta are now confronted with filthy sight of faeces and the accompanying stinking odour as a result of the collapse of the sewage system of the  Ministry of Environment.

As a result, passers-by at the facility who are majorly civil servants and visitors alike have to cover their noses and mouths to avoid inhaling the putrid smell oozing out from the collapsed facility.

Some government’s workers who spoke with our correspondent in Abeokuta, the state capital, expressed fears that the leakage from the collapsed sewage system could result in an outbreak of cholera and other diseases if not quickly attended to by the State Government, especially the Ministry of Environment.

The Ministry of Environment currently lacks a political head as the commissioner, Hon. Abiodun Abudu-Balogun, has been on suspension following his alleged involvement in a rape case.

However, civil servants who spoke to PM NEWS condemned the carefree attitude of their counterparts in the Ministry of Environment, especially, the Permanent Secretary, Mr Olabode Ojetola over neglect of the collapsed sewage system.

PM News recalls that the sewage system started collapsing about two years ago without any attention from the Ministry of Environment.

Our Correspondent had last year approached the suspended Commissioner on the plans for repair of the facility.

He said then that “the Ministry will do something about it.”

But instead of ‘doing something’ about it, the facility was allowed to completely collapse.

A civil servant in the ministry who spoke on the basis of anonymity confessed that faeces oozing out of the sewage system irritate her whenever she has to pass by the facility.

She also said that she cannot stay in her office sometimes because of the foul smell as her office window is close to the collapsed sewage.

A visitor to the Secretariat, Mr Tiamiyu Tijani,  said he was surprised  that a ministry with the mandate of educating the public on how to keep their environment clean and the consequences of dirty environment will allow a crucial facility like its sewage system to collapse for a long time without repairing it.

“I am surprise and disappointed to see this kind of thing in a state government’s secretariat. Is this not the same government that keeps telling us how dangerous it is to our health if our environment is dirty? This same government made us to understand that Coronavirus does not want dirty environment and therefore we should learn to keep our environment clean at all time. Later, you will see the staff in  their environmental sanitation  department going about locking up shops and writing letters to houses for being dirty,” he said.