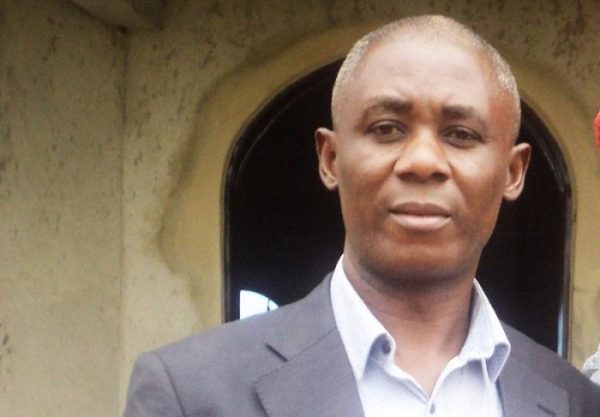 The Movement for the Survival of the Ogoni People (MOSOP) said the much-orchestrated security situation in Ogoni is a creation of the government and some unscrupulous elements within the political class.

President of MOSOP, Fegalo Nsuke said this today in a statement circulated in Port Harcourt.

Nsuke said the government was failing to protect the people and accused some desperate politicians of being responsible for the inflow of small arms into society.

Nsuke said the government should no longer be silent as people sponsor violence and jeopardize efforts at bringing peace and development to Ogoni.

He alerted that part of the plan to cause crises includes a planned public protest designed to target the MOSOP Secretariat in Bori within the first week of March and expressed worries that some persons could freely be sponsoring protests designed to destabilize society only to drive their interests while the government sits back and watches.

The MOSOP President said the government’s inability to prosecute those behind the violence is giving room for increased violent crime. He said the resurgence of violence in Ogoni prior to every general election was too consistent and cannot be coincidental. Nsuke blamed the government and the Ogoni political class for the unending massacre of Ogonis, especially during elections.

He said it was truly very embarrassing that security intelligence seem to have no clues regarding a consistent pattern of violence that have claimed over 200 lives in the past three years.

The MOSOP President said the Ogoni public wants to see the reports of Police investigations into the various conflicts that have claimed several lives in Ogoni and not just a blanket categorization of sponsored crimes as cult clashes.

He said the recent killings in Sogho, Khana local government area were another case of political violence in Ogoni and wondered why even before an investigation would commence into the killings, the media was already inundated with reports of cult clashes.

The MOSOP President opined that these crimes do not seem to be a cult war, insisting that they are clearly an organized crime targeted at winning elections at all cost.

“These killings to me are not a cult war, they are an organized crime,” Nsuke said.

Nsuke also said it was disturbing that every conflict in Ogoni during elections is classified as a “cult clash” which has become a cover-up name for political violence.

“It is disturbing that violent conflicts in Ogoni have only occurred during elections. The most recent is coming just ahead of Local council elections in Rivers State. These killings cannot be coincidental as they have been too consistent to be considered as mere incidences and wished away in the name of cult clashes”

“We are disturbed that during every general election, unemployed youths gain access to small arms, killing and maiming others. This appears to be an exploitation of the poor conditions of Ogoni youths and an organized crime sponsored by political groups seeking to win elections through violence and intimidation and not just cult-related conflicts”

He further noted that if some of these conflicts were actually verified based on facts to be cult-related and not politically sponsored, then the Police should be reprimanded for failing to uncover those behind the conflicts in over 15years of consistent violence during general elections.

According to Nsuke, “the eruption of violent conflicts during elections do not seem to be coincidental and so covering organized crime by embellishing it with the name “cult clashes” and not holding anyone accountable should no longer be an excuse for failing to protect the Ogoni people”

Nsuke said if the Police and government will tell us that out of its numerous arrests, interrogations and secret investigations, it is unable to uncover those behind this violence, then it must be acknowledged that they are the most incompetent government agency in Nigeria.

He said the government must prove that it is committed to peace in Ogoni by uncovering the sponsors of these crimes and getting them to face the consequences.

This, he said, was necessary to check the dwindling economic fortunes and deteriorating social values in Ogoni given that criminals appear to be beyond the law and are rather getting increasing government and political patronage.

Nsuke however called on Ogoni youths to resist political exploitation. He urged Ogoni youths whom he described as the future of Ogoni to be peaceful and law-abiding assuring them that MOSOP was currently taking appropriate actions to secure a better future for the youths and every other person in Ogoni.

Nsuke called on all levels of government to give more logistical support for the Police and other security agents in Ogoni especially the SSS and the Civil Defense Corp to boost their capacity to gather intelligence and deal with crime.