What Nigerian universities must do to advance nation's economy - Jonathan 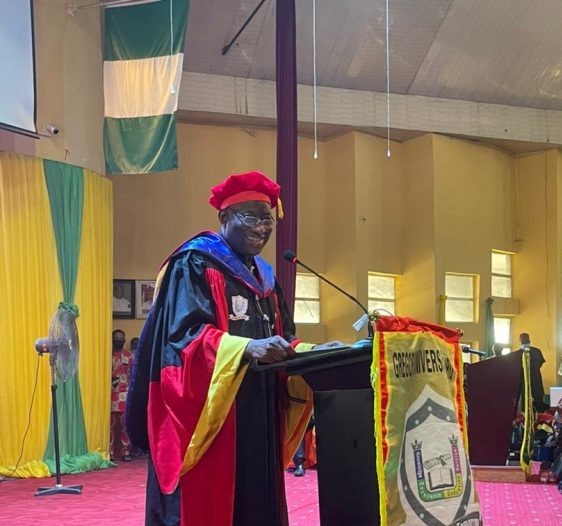 Former President Dr. Goodluck Ebele Jonathan has urged Nigerian universities to aspire to produce the kind of workforce that would advance the nation’s economy on a sustainable basis.

He also emphasised that the universities should serve as hubs for technological innovation, adding that for the country to remain competitive, it must make reasonable contributions to the global body of knowledge, as it pertains to science and technology.

Dr. Jonathan stated this on Wednesday in his speech at a special convocation ceremony of the Gregory University Uturu, Abia State where an honorary doctorate degree in public administration was conferred on him.

The former President noted that he made education one of the cardinal points of his administration, in line with his philosophy of development which is rooted in education.

According to him, some of the initiatives of his administration geared towards revamping the nation’s education included establishing twelve new conventional universities and three specialized as well as implementing the the Presidential Special Scholarship Scheme for Innovations and Development (PRESSID) established .

He said that PRESSID was of special interest to him because of its potential to train and produce young Nigerians that would advance Nigeria’s technological drive.

“For a country like ours which is in dire need of a technological base for its growth, especially in this age of fast-paced knowledge economy, we were convinced that a programme like PRESSID was the way to go”, the former President said:

Dr. Jonathan observed that a beneficiary of the PRESSID programme, Dr. Joel Eleojo Adams had gone on to become the first non-British to be commissioned as an Aero-Systems Specialist engineer and first Nigerian to get to the rank of a Flying Officer in the British Royal Airforce.

Speaking further, the former President said: “We must strive to make our universities, solution camps and ideation grounds. Grounds for the formation of creative minds. Places that produce people pondering on solving the next mankind’s greatest challenges.

“Our universities must function as citadels for purpose-driven human development and hubs for technological innovation.

“For us to make sustainable progress, they must serve as institutions for research, discovery and development of transformative solutions that will reduce hunger, poverty and unemployment.

“Nations that stand out today as very peaceful, prosperous and stable are those with well-established educational systems.

“For this reason, every progress-minded society must make conscious and pragmatic efforts to build a proper education system that develops the capacities of its people because education serves as not just the gateway to prosperity but a peacebuilding mechanism.”

The former President further charged the students of the university and all others across the country to work hard to make their years on campus count.

“You must justify the investments made by your parents and guardians by making yourself relevant in the search for solutions to society’s challenges.”