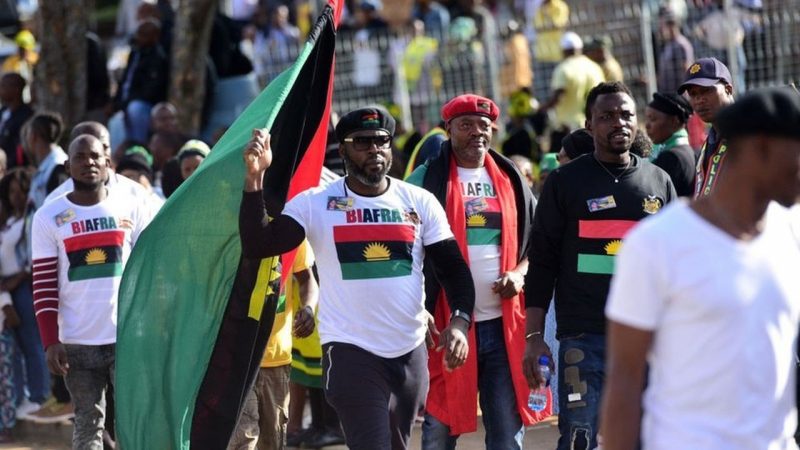 The Biafra Nations League (BNL) on Thursday mocked the decision of the Northern union to call off the suspension of food to the Southern part of Nigeria.

In his reaction to the development, Princewill Richard, BNL leader, said the “North is struggling to be relevant by using food production as tactics.”

Richard said the union called off the strike after realizing that the Southern part of the country is self-sustained.

In a statement by Princewill, he alleged that the union called off the strike because they realised the South would have cut down supplies of fuel to the North.

The Amalgamated Union of Foodstuff and Cattle Dealers of Nigeria (AUFCDN) had vowed to stop supplying food to the Southern part of the country due to alleged maltreatment of Fulani herdsmen and some Northerners residing in the south.

But, the union on Wednesday, Mar 3, 2021, called off the strike after a meeting with a delegation of the federal government led by the Governor of Kogi State, Yahaya Bello.

Princewill insisted that the Northern groups have seen that they do not feed the South, adding that such “an action was ineffective.”

The statement in part reads: “They have done theirs and discovered it is not effective, you don’t suspend food supply to a region that produces food, we have the Onitsha yam, Ogoja yam and Garri, Abakaliki rice, Delta North cassava and many more.

“They feel that they are feeding us because we buy whenever they transport their goods to our land.

“Having discovered that the action was not effective, they rushed and called it off because they know we can cut them off from oil and still feed on what we produce”.