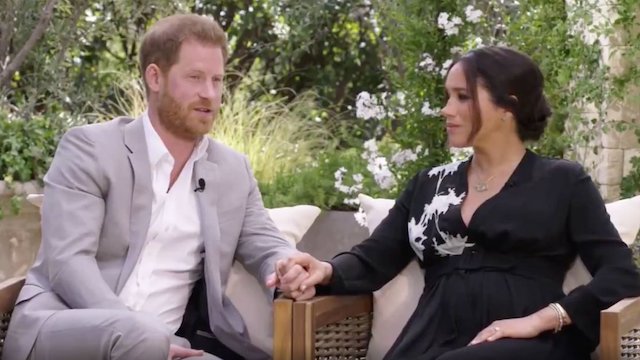 Prince Harry and Meghan Markle are reclaiming their narrative after the United Kingdom’s Times newspaper published a buzzy report about a bullying complaint allegedly filed from inside Kensington Palace, reports on Thursday said.

According to the Times, a former communications secretary to the Duke and Duchess of Sussex during their stint at Kensington, reportedly alleged in 2018 that toxic behavior by Meghan forced two personal assistants to leave their positions.

The development, according to the report, negatively affected another palace employee.

“The Duchess is saddened by this latest attack on her character, particularly as someone who has been the target of bullying herself and is deeply committed to supporting those who have experienced pain and trauma,” a spokesperson for Meghan and Prince Harry wrote in a statement provided to the Los Angeles Times.

“She is determined to continue her work building compassion around the world and will keep striving to set an example for doing what is right and doing what is good.”

On Wednesday, Buckingham Palace announced plans to investigate the accusations leveled against Meghan, according to The Associated Press.

In a statement, the palace said it was “clearly very concerned” about the situation and vowed to “look into the circumstances outlined in the article”.

“The Royal Household has had a Dignity at Work policy in place for a number of years and does not and will not tolerate bullying or harassment in the workplace,” the palace said.

Per People magazine, the complaint allegedly filed by Jason Knauf claimed that Meghan’s alleged conduct brought one of her staffers to tears and caused a royal aide to physically shake at the prospect of interacting with the Duchess.

The Times report comes days before the Sussexes’ intimate conversation with TV mogul Oprah Winfrey is scheduled to air on CBS, and the timing of the leaked allegations was not lost on the Duke and Duchess.

“Let’s just call this what it is — a calculated smear campaign based on misleading and harmful misinformation,” the royal couple said in a statement to Britain’s Times, according to People.

“We are disappointed to see this defamatory portrayal of The Duchess of Sussex given credibility by a media outlet.

“It’s no coincidence that distorted several-year-old accusations aimed at undermining The Duchess are being briefed to the British media shortly before she and The Duke are due to speak openly and honestly about their experience of recent years.”

During their highly anticipated interview with Winfrey, teased by CBS earlier this week and set to air Sunday, Harry told the OWN founder he was “relieved and happy to be sitting here talking to you with my wife by my side”.

“I can’t begin to imagine what it must have been like for [my mother] going through this process by herself all those years ago,” Harry said as a photo of his younger self and the late Princess Diana appeared on the screen.

“Because it’s been unbelievably tough for the two of us,” he said.

While appearing on “The Late Late Show” last month, the Duke also offered his thoughts on Netflix’s hit historical drama “The Crown,” which portrayed the debilitating toll royal life took on Diana (played by Golden Globe winner Emma Corrin) in its most recent season.

When asked for his opinion on the series while cruising through his new home of L.A., Harry told TV host James Corden that its dramatisations are “loosely based on the truth” and provide viewers with “a rough idea about what that lifestyle, what the pressures of putting duty and service above everything else, what can come from that”.

“I’m way more comfortable with ‘The Crown’ than I am seeing the stories being written about my family, my wife, or myself,” he told Corden. (tca/dpa/NAN)