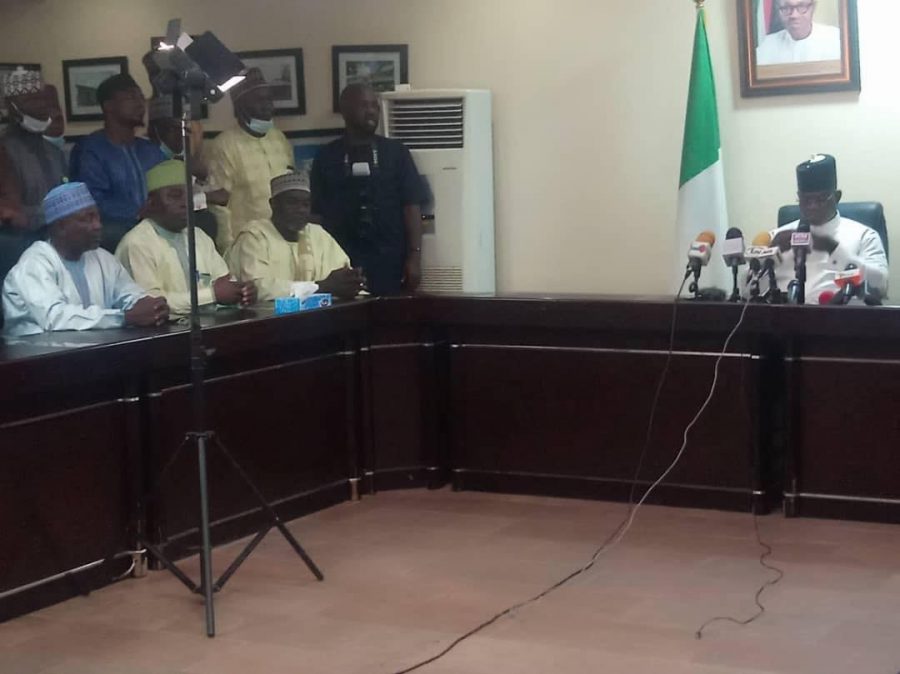 The Northern Cattle and foodstuff traders had a meeting with Gov. Yahaya Bello of Kogi and a former aviation minister, Mr. Femi Fani-Kayode (FFK), Wednesday.

The meetings, which took place at Kogi State Govt. Lodge in Abuja was aimed at finding a lasting solution to the food embargo against Southern Nigeria by Northern Cattle and foodstuff traders.

The meeting was attended by Alhaji Muhammed Tahir (the President of the Amalgamated Union of Foodstuffs & Cattle Dealers of Nigeria and their Chairmen from all the 36 states and the FCT), Dr. Awwal Abdullahi Aliyu (the President of the Northern Consensus Movement), Alhaji Abdullahi Mai Agogo (Sarkin Yaki Buhari), Alhaji Shettima Yerima and Sunday Adeyemo known as Sunday Igboho.

Speaking with journalists after the meeting, Mr Mohammed Tahir ( Chairman of Amalgamated Union of Foodstuff and Cattle Dealers of Nigeria ) said the association had embarked on the strike in a bid to stop food and cattle supplies to Nigeria’s South-West, South-East and South-South.

Tahir said, however, that the association had decided to resume supplies, following appeals by Bello and other prominent Nigerians, who had been pleading with the traders.

He explained that the embargo was a way to express their grievances.

Tahir noted that some members of the association were attacked during the #EndSARS protest and Shasha Market crisis in Ibadan.

Tahir said that the association had chosen to toe the line of peace in resolving the matter, rather than carrying out reprisal attacks on fellow Nigerians.

“Instead of a reprisal attack, the only civil way to make our voices heard was to cut the supply of food and that has worked.

“We did not do that to punish the south or make them starve but to make our voices heard and get a response to our demands and let our people know that something was being done over their plight.

Tahir, however, listed 5 demands that must be met to avert another blockage of food to the south.

2. “We demand that those who perpetrated these crimes should be punished.

3. “We want our people to be assured of their safety as they go about their lawful businesses.

4. “We want harassment by law enforcement agencies on our federal highways to be stopped.

5. “The extortion by all touts along federal highways, especially from North East or from the North to South-South and South East, particularly, be stopped.

Responding, Bello lauded the traders for calling off their strike, praising them for not carrying out attacks on their fellow Nigerians.

The governor assured the traders that he would ensure that their demands were met and that he would also engage with other governors and stakeholders to ensure peaceful co-existence among Nigerians.

Bello said that he had also engaged Mr Sunday Adeyemo, popularly known as Sunday Igboho, to make sure that everyone embraced peace.

The governor advised the traders to be wary of people, wanting to use them to stir violence, saying that Nigeria had come a long way as a united nation.

“You are not asking for good roads, security on the highways, modern shops, or facilities like loans or bailout, you are only asking for justice and that the laws of the land should be applied.

“I want to assure you that these five demands and even more will come your way and we are starting now.

“I will follow up with Mr. President and even if I have to go down south to meet with all the governors. Believe me, whether APC or PDP, no governor will condone the crisis.

“We must show to the world that we have the capacity of solving our own problems.” 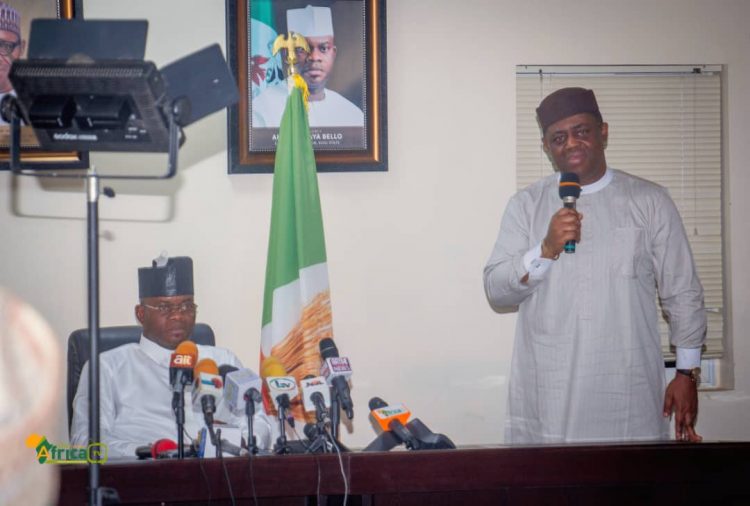 Also speaking, Fani-Kayode commended Bello for his intervention on the matter, stating that the governor had not rested until he ensured that the matter was resolved.

“If anybody had told me this situation would be resolved this easily, I would not believe but Gov. Yahaya Bello has done that.

“Bello is an extra-ordinary man because this country was on the brink of catastrophe just a few weeks back but he has resolved that.”

Fani-Kayode said that the meeting had shown that there was still hope for peace and unity in Nigeria.