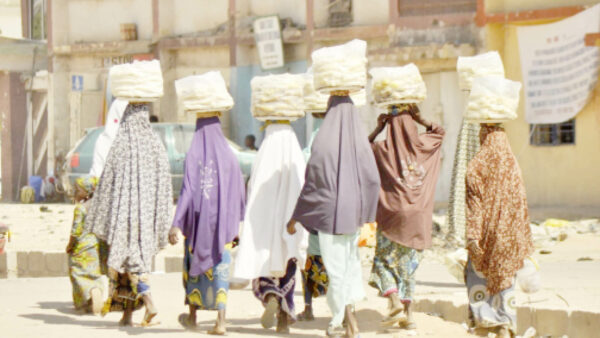 Kano State Hisbah Command has begun awareness against street begging in Kano metropolis, ahead of evacuation of hawkers, to curb immorality and instill sanity.

The Deputy Commander, Women’s wing of the command, Mrs Ummukulthum Kassim, disclosed this on Thursday in Kano.

She said that the command had received a lot of reports that most of the young women roaming the streets of Kano, in the name of hawking, were engaging in immoral acts.

According to her, “Most of the young women come from rural areas to trade, fail to return home and are engaging in commercial sex.

“Some of them are hosted by men who sleep with them for money, despite the fact that they live in the outskirt of the town.”

Kassim added that many parents had contributed greatly to the spread of the menace, as they set no boundaries concerning the trade they sent the young women to do.

The deputy commander explained that a team of female hisbah corps had, on Wednesday night, embarked on surveillance within the metropolis.

She said that the team cautioned the girls to avoid staying late at night in strategic places in order not to be targets for some men, stressing that the corps would soon begin to arrest such women.