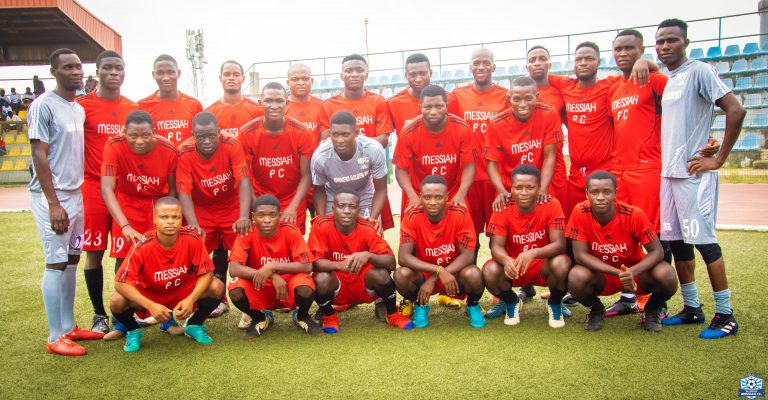 The Lagos-based club will be competing in the NLO after gaining promotion last season.

The team has also moved to Ikenne for close camping in other to finalize preparations.

The 2021 Nationwide League division 1 is set to kick off on March 7, 2021 and Messiah FC have been drawn in one of the groups, where they will battle the likes of Spartan FC, Jossy FC, Collins Edwin FC, Valiant FC, Cincinnati FC, TradesafeSports FC, Yobo FC, First Bank FC, and Madiba FC at the Remo Stadium Pitch B, Ikenne, Ogun State.

“We are very optimistic of achieving our objectives this season, the players know what is at stake they are ready to give their all to ensure we gain promotion”.

Dosu David also showered encomiums on the management for their constant motivation and support.

“Kudos must go to our management for their support and encouragement, we promise to repay it by giving our all to achieve the goal.

The Draws for the fixtures is expected to hold at each centers after the arrival of the teams.