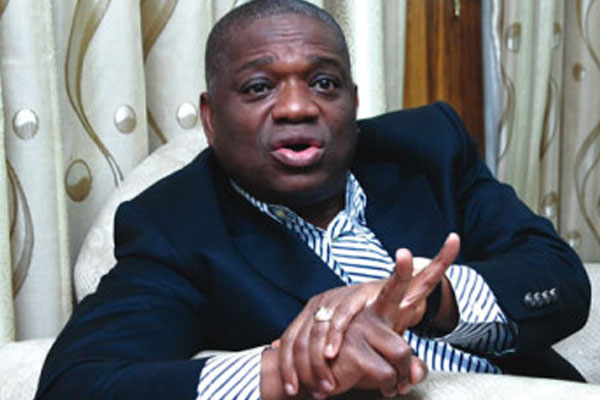 The Chief Whip of the Senate, Sen. Orji Kalu has urged security agencies to investigate circumstances that led to the death of Chief Terkura Suswam, the elder brother to former Governor of Benue state, Sen. Gabriel Suswam.

Kalu, in a statement issued on Thursday in Abuja, decried the unfortunate incident and condoled with former Governor of Benue, Sen. Gabriel Suswam

Benue Police Command confirmed the killing of Terkula Suswam by gunmen at Anyiin on Tuesday evening.

While urging the police to bring the perpetrators to book, Kalu urged the Suswam family to take solace in the fact that the deceased would be remembered for his good deeds.

According to him, “I received with shock and pain the news of the demise of your elder brother, Chief Terkura Suswam.

“The deceased was known to be calm, gentle, easy-going and peace-loving.

“The worthy legacies he left behind will continue to speak for him.

“It is my prayer that God will give the Suswam family the fortitude to bear the sad loss and grant the deceased eternal bliss,’’ Kalu said.