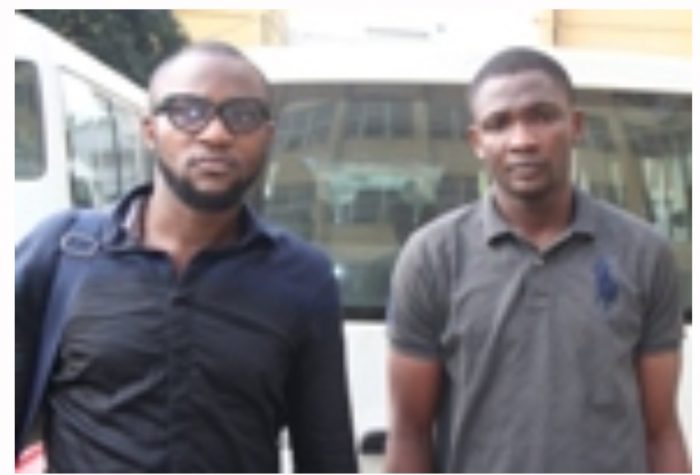 The convicts were arraigned by the EFCC in December 2017 on a six-count charge bordering on conspiracy, stealing and fraudulent diversion of funds to the tune of N116million.

They pleaded “not guilty,” prompting commencement of trial.

Oluwasanmi was arrested by operatives of the EFCC in October 2017, following a petition from the bank.

He was accused of diverting N116 million to the accounts of three friends: Augustine Olayinka, Oginni Opeyemi and Ogbaro Oluwaseyi.

Opeyemi and Oluwaseyi remained at large.

In the course of the trial, prosecuting counsel, Bilikisu Bala Buhari, called three witnesses and tendered several documents to prove the case against them.

Delivering judgement today, March 5, 2021, Justice Dada found the first and second defendants guilty of count one bordering on conspiracy, and sentenced them to three years imprisonment.

The first defendant was further convicted of counts two, three and four and sentenced to 10 years imprisonment.

He was also found guilty of count six bordering on retention of criminal proceeds and sentenced to three years imprisonment.

The second defendant was found guilty of count five bordering on fraudulent false accounting and sentenced to seven years imprisonment.