21 convicted for not wearing face mask 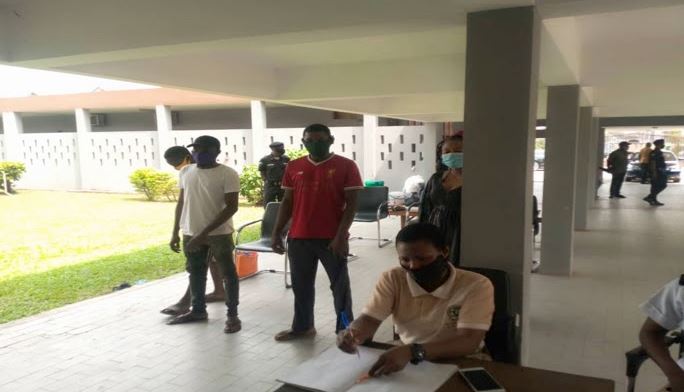 Twenty-one people have been convicted and sentenced by a mobile Court in Benin for not wearing face masks.

Twelve others were also sentenced for improper disposal of refuse and displaying wares in unauthorised places.

The unmasked 21 were punished for disregarding the Edo government public health rule imposed to curb the spread of Coronavirus (COVID-19).

The prosecuting counsel, Mr G. O. Odeyibo and A. Ayo, told the court that the 33 accused, who subsequently pleaded guilty, were apprehended within the Benin metropolis.

Presiding Chief Magistrate Rusberth Imafidon convicted the 21 face mask violators and directed them to do community service for three hours daily for two days. He gave them no option of fine.

He also sentenced the six convicts, who did not dispose off their wastes properly at the Oba Market, to do community service of three hours for one day. He also did not give them an option of fine.

Imafidon further sentenced the six other traders, who displayed their wares on a walkway, to community service of three hours per day for three days or pay a fine N3,000 each.

The Chief Magistrate pointed out that doing community service was in tune with non-custodian sentence.