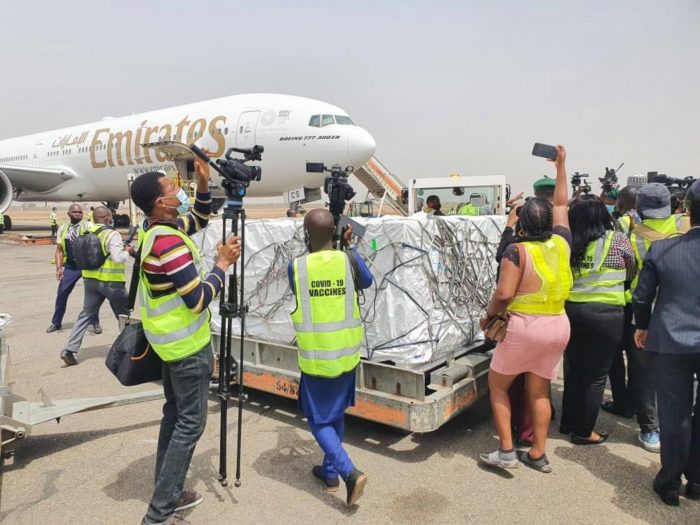 The Federal Government has dismissed a newspaper report that it will be expending N10.6 billion on the distribution of the 3.9 million doses of Oxford/AstraZeneca COVID-19 vaccine to the 36 states.

He stated that the private sector-led Coalition Against COVID-19 (CACOVID), had already undertaken to distribute the vaccines to states at no cost to the government.

He said: ”It doesn’t make any sense that on the one hand, we’ve communicated very clearly to Nigerians that the Coalition Against COVID-19 (CACOVID), a private sector initiative, has provided a cargo plane that will help deliver the vaccines from Abuja to all states that have functional airports.

”For those that do not have functional airports, there is a delivery van that will convey the vaccines from those airports to the states without functionality.

“I do not see how that is going to cost N10 billion. So there is no truth in that information.

“The truth is what I have told you, which is that CACOVID has taken up the responsibility of delivering the vaccines from Abuja to the states.

”The only cost we’re going to incur is the cost of delivering the vaccines from any airport to nearby states that don’t have functional airports. Clearly, that cannot be N10.6 billion.”

According to Shuaib, the government might not spend anything near a billon naira in transporting the vaccines from such airport to the affected States.

“You can do the math on the back of an envelope and you know that it cannot be anything close to a billion naira right?.

“So I believe that CACOVID has already identified that cost as something they are going to take off.

”I do not know how much it’s going to cost them, but that is something that they have already identified as a cost they will bear and we’re working together with them.

“So it is not correct to say that the federal government is going to be expending N10.6 billion to transport vaccines to the state. That is incredulous,” Shuaib added.