Tinubu and Ambode: When the going was good (Video) 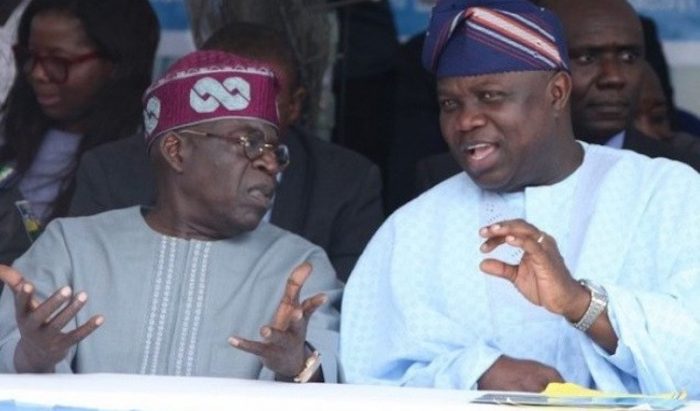 Tinubu and Ambode during Ambode era

On Friday at the commissioning of the Pen Cinema Flyover, the National Leader of the All Progressives Congress, APC, Asiwaju Bola Tinubu attacked former Governor of Lagos, Akinwunmi Ambode.

Tinubu, while speaking at the event said around 2017 and 2018 when Ambode was in power, said the ship of Lagos was heading in the wrong direction.

The ship had to be steadied, he said, leading to the decision by political leaders to bring Governor Babajide Sanwo-Olu and Obafemi Hamzat, on board.

That was after things fell apart between Ambode and his godfather.

Earlier in March, 2017, when the going was good for the duo, Tinubu had praised Ambode for being the right man who was taking Lagos in the right direction.

At was at the commissioning of the Aboru-Ipaja link bridge built by Ambode and named after Tinubu to honour him on his 65th birthday.

In his speech that day, the APC National Leader showered encomium on Ambode and marvel at the way he was driving infrastructural development in Lagos.