"We played their game": Arteta disappointed 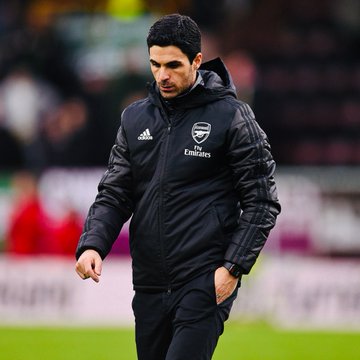 Mikel Arteta has expressed disappointment at the performance of Arsenal after they dominated the game against Burnley but could not leave with all three points.

Arteta in his post-match interview said he is disappointed. “I’m really disappointed with the result, but the reality is that we generated so many big chances but only scored one goal.”

“When you do that and then you give a goal to the opponent like we did, then you don’t get the referee’s decision when it’s clear and obvious, then it becomes really difficult to win a football match.

“We started well and then that’s when you have to put the game away and it has to be two or three-nil and the game is over.

“We gave them hope because we gave them a goal in a situation that we train for, and it can happen, but then we struggled for 20 to 25 minutes in the second half because we played their game.

“We talked about it, but they do it really well. They started to stop every goal kick, every set piece, put the ball away, they played long balls, second balls. They are really good at that.

“When we started to play our game again in the last 15 minutes, we created some big chances and a clear penalty, but we could not convert.”