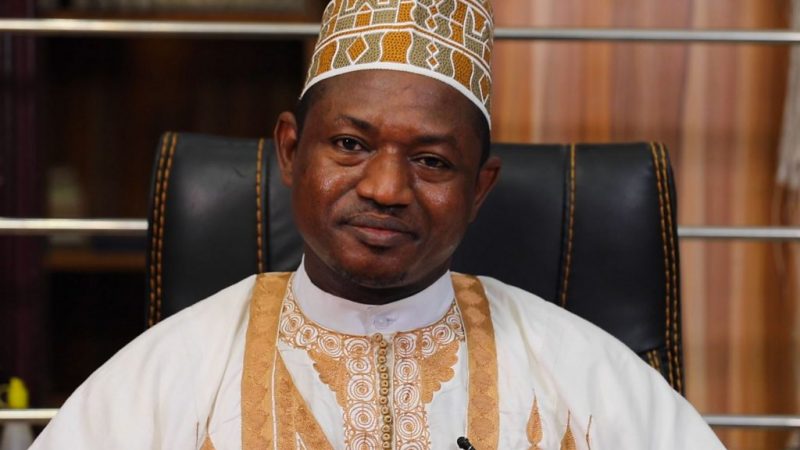 Kano State Government has announced the suspension of the proposed debate between banned cleric Malam Abduljabbar Sheikh Nasiru Kabara and representatives of a coalition of Islamic scholars scheduled to hold Sunday, March 7.

Commissioner for Information, Malam Muhammad Garba, made this known in a statement issued on Sunday.

According to Garba, the suspension of the debate followed a court order that stopped the exercise, calling on the people to remain calm pending a court ruling on the matter.

Kabara, whose mode of Islamic teachings is considered incendiary by some scholars, was accused of questioning the authenticity of some prophetic sayings and even denouncing some companions of the prophet.

The State had debarred the cleric and shut down all his seminaries, backing it up with a court order.

Kabara denied wrongdoing, saying he never preached outside the Islamic books which had been written over 400 years ago.

The cleric sued the State Government, the Attorney General of the state, the Nigeria Police Force, DSS, and the Civil Defence Corps for infringing on his fundamental rights to religion, expression, association, movement and ownership of immovable property.

Governor Umar Ganduje then organised a debate between Kabara and the scholars challenging him.

But the Magistrate Court presided over by Muhammad Jibrin, stated its earlier order of February 8, 2021, which suspended Kabara from preaching in Kano, should be maintained by all parties.

The commissioner said the court order stopping the dialogue was granted pursuant to a motion on notice by Barr. Ma’aruf Muhammad Yakasai, who sought to be joined in the ongoing case.

Garba reaffirmed Governor Ganduje’s commitment to the promotion of religious harmony in the state.