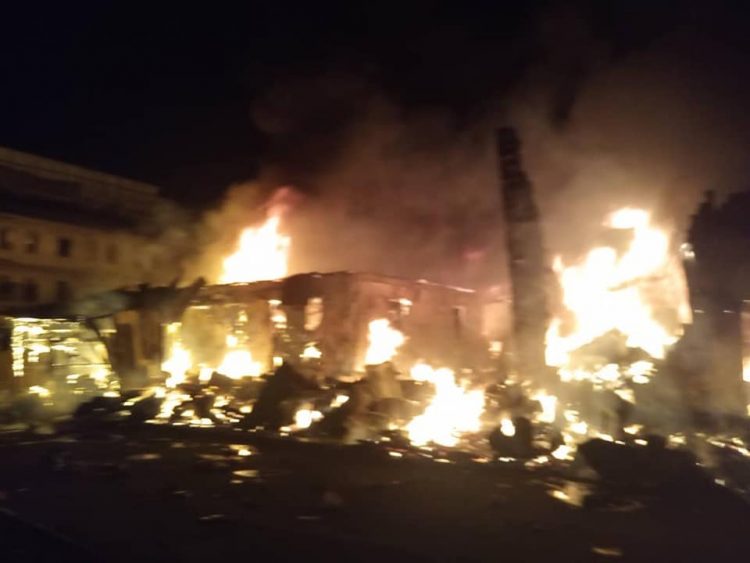 A late-night fire on Saturday destroyed several shops and other valuables at the Potiskum Central Market in Yobe State.

The fire started around 10 pm. Its cause remains unknown.

“I’m currently at the scene of the fire disaster.

“We do not know the actual cause of the inferno, but firefighters immediately responded to our call and are doing their best to put off the fire,” Nasiru said.

The extent of damage at the Yobe market cannot be ascertained yet.

It was the second fire incident at the market, after the first in December last year.