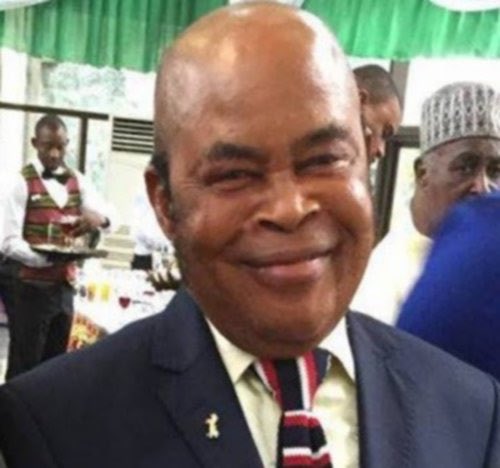 Justice Nwali Sylvester Ngwuta of the Supreme Court has died at the Intensive care unit of the National Hospital, Abuja

Ngwuta reportedly died after being ill for about a week.

According to the Chief Registrar of the Supreme Court, Hadizatu Uwani Mustapha, Justice Ngwuta died around 2.30am on Sunday.

“He felt sick and was admitted, in the last one week, in the National Hospital, Abuja.

“But, before he was moved to the intensive care unit (ICU) of the hospital on Friday, March 5 he tested negative to COVID-19 investigative test conducted on him.

“His remain has been deposited in the National Hospital mortuary pending the arrangement for his burial.

“May the late Hon. Justice Nwali Sylvester Ngwuta rest in perfect peace and may God grant his family, the Judiciary and the apex court the fortitude to bear the irreparable loss,”

In 2016, his home in Abuja, along with the homes of six other judges, was raided by DSS operatives, on suspicion of corruption.

He was later suspended from the court during his trial at the Code of Conduct Tribunal and the Federal High Court in Abuja.

The trials were later suspended following a judgement of the Court of Appeal.

He had his basic education in the Eastern part of Nigeria and got his LLB in University of Ife (Now Obafemi Awolowo University). lle-ife in 1976 and BL at the Nigerian law school in 1978.

He was deployed as the state counsel in charge, Ministry of justice, Oturkpo, Benue State, during his National Youth Service Programme in August 1978-October 1979.

After his NYSC year, he started his private legal practice at Abakaliki in July 1978-October 1995, from where he was appointed a judge of the High Court Abia state in October 1995.

*Updated with the statement by Supreme Court Registrar