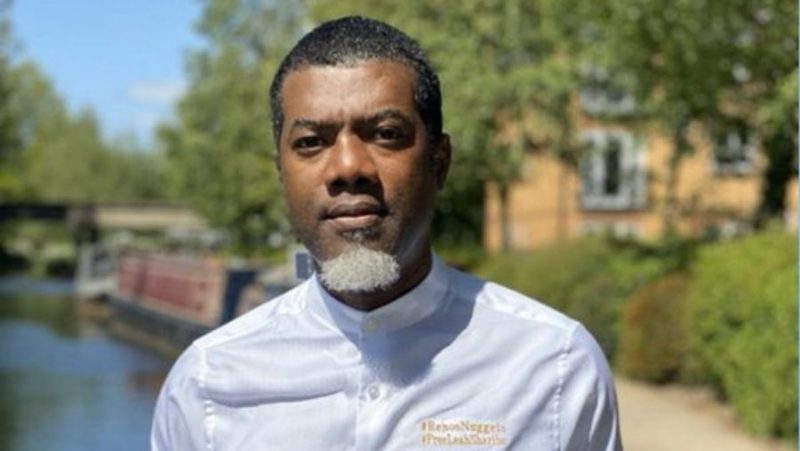 Last week, a video surfaced in which a repentant herdsman, of Fulani origin, alleged that he and other bandits were given AK-47s by the present administration, so that they could kill Nigerian citizens.

The man swore to this, and said his years of training as an almajiri led him to reject the bandit lifestyle, hence his admission.

Almost a week since that video went viral, the Buhari administration, which is usually very quick to respond to anything involving people or Fulani ethnicity, has remained loudly silent.

Is their silence consent? Is it an admission of guilt? Are these bandits, who are now killing Nigerians in every state of the federation, people who were surreptitiously brought to Nigeria in the run up to the 2015 Presidential elections, and primed to soak innocent ‘dogs and baboons in blood’ in the event that General Buhari did not win that election?

It will be recalled that on November 20, 2014, then Governor Rotimi Amaechi, who was the Director General of the Buhari campaign organisation, threatened that if their party did not win the the 2015 election, the APC would not recognize the outcome and will form a parallel government.

The repentant bandit’s admission corroborates statements made by a former All Progressives Congress chieftain, Alhaji Abubakar Kawu Baraje, who on his 70th birthday, a month ago, said:

“The Fulani causing security problems in the country were brought in to help facilitate victory in the 2015 election.After the election, the Fulani have refused to leave. I and other like minds wrote and warned those we started APC with that this was going to happen but nobody listened.”

And as if the revelations by the repentant bandit were not enough, his words were corroborated by one of the released travellers, abducted by bandits in Niger.

Upon their release, one of the freed women gave an interview to Channels TV right there at the Niger State Government House, in which she said the leader of the bandits that seized them, one Kachala Ali, said they took to banditry because the promises made to them by the government had not been fulfilled.

What promise did the Buhari administration make to these bandits? Your guess is as good as mine.

These two occurrences (Baraje’s statement and the repentant bandit’s admission video), plus the statement made by Sheikh Gumi, where he was surreptitiously recorded telling active bandits that Christian soldiers are the ones killing Muslims to “ignite a crisis” and the usually garrulous Buhari Presidency’s silence is very disturbing. Very disturbing indeed.

Is that why this regime has treated them with kid gloves? Nigerians will recall that on May 10, 2019, the Presidency released a statement, saying, inter alia:

“Miyetti Allah, like any other trade, community, ethnic organization or interest group is a legal stakeholder in our nation and should be respected. We maintain that the government needs to engage all stakeholders and seek partnership in building our country.”

Is this emotional attachment the reason why this administration is failing to investigate Sheikh Gumi’s reckless statement that is already causing disharmony within the military?

Sheikh Gumi is of Fulani origin and many Nigerians are asking whether this gives him a cloak of invincibility and untouchability. Because it is clear that if Bishop David Oyedepo, or Bishop Matthew Kukah, or Obadiah Mailafia were caught saying what Gumi said, they would be in serious trouble with the government.

Has our own government been sponsoring people to kill us? This is not something we can sweep under the carpet anymore.

Many Nigerians have given their full and total commitment to the Nigerian project and are now beginning to sense that things are not adding up.

For example, why was the Buhari administration so quick to send helicopter gunships to Orlu, in Imo, when they are yet to send them to Zamfara, Katsina and other hotspots in the North?

Or take what happened at Ifon, in Ondo state. The Oba of Ifon was killed by killer herdsmen, and according to a community leader, Chief Olufemi Awani, nothing was done by the police to bring the herders responsible fir the death to book.

After some unknown persons retaliated by killing cows, the community leaders and members were summoned to Abuja by the police over that!

These are troubling signs and lend credence to the admission by the unnamed repentant bandits.

Nigerians must insist that this and other weighty allegations must be investigated by an independent body.

We should not be governed by people who have deadly animosity with segments of the population.

Nigerians are not blind. We are observing the coordination between Buhari administration, Northern Elders Forum, and the Arewa Consultative Forum, and how they close ranks when accusatory fingers are pointed in the direction of killer herdsmen and bandits.

This speaks volumes. This raises suspicions that just as the Northerners of Sudan used the Janjaweed against the South, some Nigerians may be using herdsmen against other Nigerians.

General Buhari may want to note that when there was violence in the Southwest during the presidency of Olusegun Obasanjo, occasioned by skirmishes between the Oodua Peoples Congress and Northern traders, President Obasanjo went on national TV and ordered the police to shoot any OPC member engaging in such skirmishes at sight.

Now, that is a leader. Detribalised. Colour blind. Oblivious or religion, region and relationship in the pursuit of his duties.

Can Muhammadu Buhari be this type of leader? I doubt.

And it is obvious General Buhari meant it. When you consider that you can’t travel 5 miles in Nigeria’s Southeast without encountering military and or police checkpoints.

The truth is that General Buhari is more committed to punishing the 5% that did not vote for him, than in protecting the 97% that did!

He thinks like a killer herdsman. Revenge is more important to herdsmen than success. If the soldiers, artillery, and helicopter gunships that were sent by Buhari to terrorise Orlu in Imo, had been in Zamfara, where they are actually needed, the Jangebe Girls would not have been abducted. The Southeast is peaceful.

Yet, there are more checkpoints there, than in the North.

Again, we must ask: Are we being ruled by people who have an ethnic death wish agenda against their fellow Nigerians?

*Omokri published this in Medium