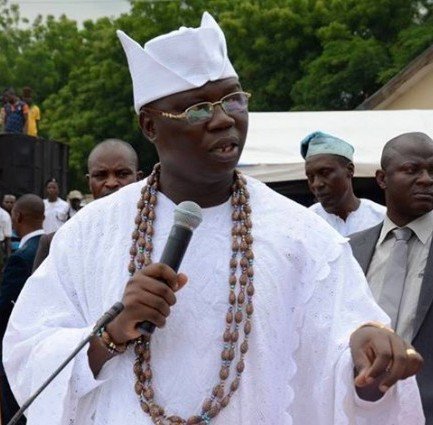 Leader of the Oodua Peoples Congress (OPC), Gani Adams, has condemned the arrest of some of the vigilante group members who arrested a Fulani warlord, Iskilu Wakili.

The Yoruba leader in a statement by his Media assistant, Kehinde Aderemi, expressed worry over the security situation in the South West.

Adams decried the security situation in the southwest, saying it is becoming too worrisome and said the situation could have been worse if not for the efforts of the OPC.

The Aareonakakanfo also warned criminals against operating in the region disclosing that the OPC and other security formations will continue to ensure that the region is safe for residents.

He said the detentions of the OPC members is merely an admittance of failure on the part of police.

He said, “With the detention of the OPC members, it shows, that the police are ready to frustrate the efforts of the people. The police that are supposed to commend the joint security team for complementing their efforts went ahead to detain them unjustly, alleging arson and killing of an unknown person.”

The Yoruba leader stated that people are beginning to lose confidence in the ability of the police and that it would be disastrous for the police to lose the respect of the people.

Adams called for the release of the OPC members and said the police should be focused on ridding Igangan forest of bandits and kidnappers.