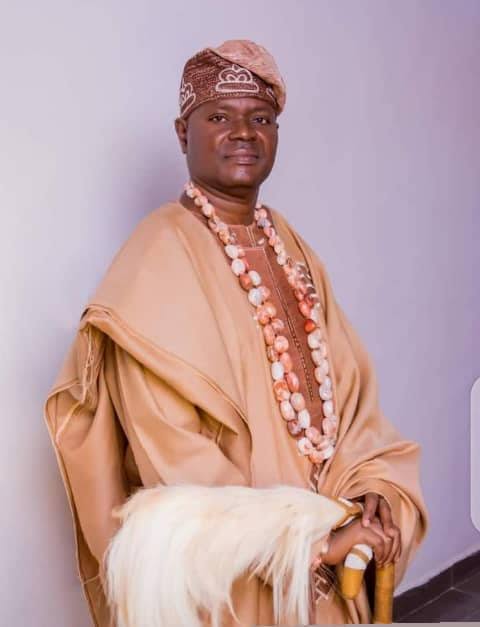 The Olojo of Ojo Kingdom, Oba Galib Adeniyi-Rufai, Adeife 1, celebrated the 10th year anniversary of his ascension to the throne of his ancestors with special prayers and fanfare.

An Islamic scholar, Alhaji Shehu Saka, who delivered a lecture as part of the anniversary celebrations at the Olojo’s palace in Ojo Town, said traditional rulers must continue to put God first in all they do.

Saka said that the Ojo kingdom was enjoying peace and tranquillity under Oba Rufai because he was sincere and always put God first in all things.

He noted that in spite of all the odds and challenges associated with the position he occupies, God has remained faithful.

He appealed to the king to continue to put God first while praying for him to live long on the throne.

Also, the Chairman of Ojo Local Government Area, Hon. Rasulu Idowu, while felicitating with the traditional ruler, described him as a bridge-builder and democrat par excellence.

”We beseech Almighty Allah to continue to extend this kind of joyful moment with Olojo until he clocks century and beyond on the throne.

”Indeed, it seems like yesterday and we have been so blessed on a stretched grace of joy to celebrate a decade of our noble King on the throne today.

”As the city is growing, we are glad and grateful to celebrate your royal blessings and charismatic rulership of our communities.

”Kabiyesi, you are a known democrat and gifted cerebral. Today is special, as we join the avalanche world to celebrate your royal sacrifice as a bridge-builder,” he said.

Idowu said that his style of governance has brought everlasting peace and continued to set Ojo and the environment to perpetual greatness.

”On behalf of the Exco, management and good people of Ojo Local Government, I hereby wish you Solomon’s wisdom and sound health in the continuance of your blessings to Ojo and Lagos State.

“May you live longer and wax stronger on the exalted throne till a century and beyond.”

The News Agency Of Nigeria(NAN) reports that the event held at Awori College, Ojo, Lagos, had in attendance, Dr Mrs. Oluranti Adebule, the former Deputy Governor of Lagos state.

Onijanikin of Ijanikin, oba Alani Ashafa and other traditional rulers in the Badagry division, political leaders as well as sons and daughters of Ojo kingdom were also in attendance.

The traditional ruler, visited the motherless home, had a thanksgiving service at Saint Micheal Anglican Church and also installed some new chiefs in the kingdom.