Why we arrested OPC members over Iskilu Wakili - Police 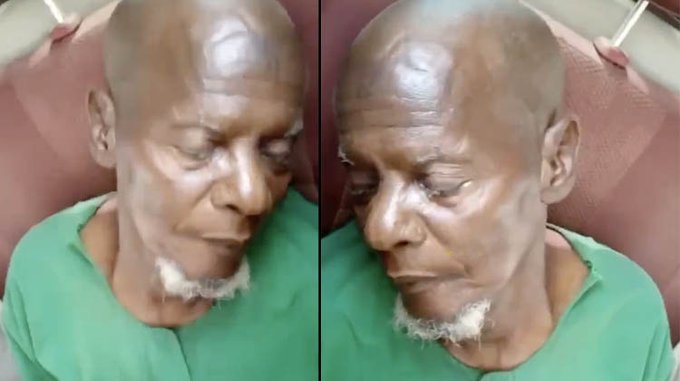 The Oyo State Police Command has confirmed the arrest of three members of the Oodua Peoples Congress (OPC) involved in the arrest of suspected kidnap kingpin,  Iskilu Wakili, on Sunday.

Wakili, alleged to be the leader of the herdsmen in Ayete, was arrested by OPC operatives in the Ayete area of Ibarapaland in Oyo state over alleged involvement in various forms of criminality in the area.

Farmers and residents of Ayete accused Wakili of working with dozens of herders who are his disciples to seize hectares of farmlands, rape women and kidnap people for ransom.

However, after months of evading arrest,  members of OPC led by one Adedeji Oluwole led his operatives and members of other vigilante groups to apprehend Wakili  on Sunday morning.

The OPC leader said it took over four days of continued operations and surveillance to nab Wakili and three of his accomplices.

“We took Wakili and the three others from Igangan to Igboora and handed them over to the DPO at Igboora. The name of the DPO is Ajayi Mark. As I am talking to you, they have taken them to Iyaganku at the State CID in Ibadan with three of my boys,” Oluwole told Punch.

But he said the police detained three of his men after they handed over Wakili.

Olugbenga Fadeyi, spokesperson for the police command in a statement on Sunday evening confirmed the arrest of three members of OPC.

He said the OPC members were arrested and detained for their involvement in arson and murder.

“The Oyo State Police Command would like to inform the general public that at about 0900 hrs of date (7th March 2021), information was received that a group of persons, (later found out to be members of the Odua Peoples Congress- OPC), had invaded Kajola community in Ibarapa axis of the State.

“The invasion was reportedly aimed at arresting one Wakili, a Fulani by tribe, who is alleged to be the sponsor and mastermind of various criminal attacks against the people/farmers of Yoruba origin in the community.

“The Commissioner of Police has quickly moved into action and preliminary findings revealed that some OPC members went to Kajola community in Ibarapa North Local government Area of Oyo State.

“While there, the house of the Wakili in question was set ablaze, while a female (the identity of who is yet to be ascertained) was burnt in the fire and Wakili (about 75 years old and blind) with two other persons were picked up.

“The three of them are presently in the custody of the Police. The Commissioner of Police has directed that Wakili (due to his frail appearance and state of health), be moved to the hospital, while others are being interrogated. Others being interrogated are the OPC members, involved in arson and murder.

“Meanwhile, the Oyo State Police Command wishes to inform the general public that any person or group of persons from any region or tribe that has been found culpable to have committed any criminal act(s) in the State would not be spared but would be arrested and dealt with according to extant laws.

“In conclusion, anybody that has any case against Iskilu Wakili should report it to the State Criminal Investigation Department, (CID) Iyaganku Ibadan for discreet Investigation”, the statement read.