CBN N3bn loan: I will not succumb to blackmail - Diri 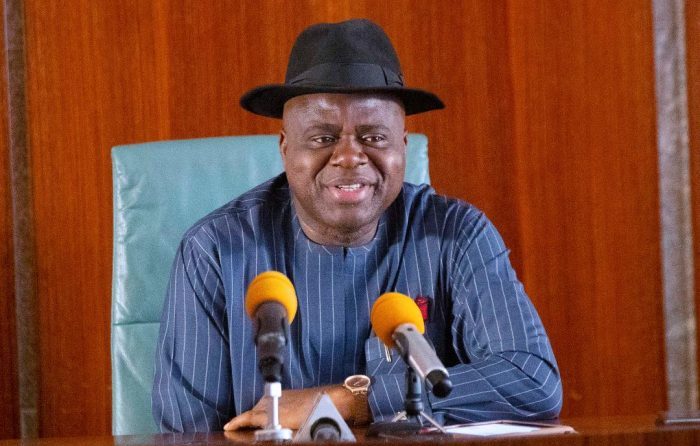 Governor Douye Diri on Tuesday described the claim that the N3 billion Agricultural loan obtained from the Central Bank of Nigeria (CBN) was diverted as false and cheap blackmail.

Idumange, who was an aide on Research and Documentation to Dickson, who was governor from 2012 to 2020, claimed that the present administration was diminishing the efforts of Dickson’s government.

Afterwards, Idumange claimed that he had reported the alleged fraud to the Economic and Financial Crimes Commission (EFCC).

However, Diri, who said he was not averse to constructive criticisms dismissed the allegations as a mere ploy by Idumange to attract attention for personal aggrandisement.

“Let me start by saying that our administration welcomes criticism provided that they are constructive but this one on diversion of N3 billion is clearly a falsehood.

“Let me state it clearly in the full glare of the press thal I shall not succumb to this cheap blackmail targeted to ‘knock my head’ against that of former Gov. Seriake Dickson. The plot has failed.

“I want to warn Chief Dumange that I cannot be intimidated by this blackmail into giving out appointments, the CBN has said that no funds were diverted and clearly the N3 billion is not in the treasury of the Bayelsa government.

“The CBN manages the funds being warehoused in Access Bank. So, we do not have access to the funds, and if CBN has said the funds are not missing, then the allegations are simply false,” Diri said.

Meanwhile, former governor,  Sen. Dickson, had in a statement on Friday,  washed his hands off the allegations, and urged his supporters to close ranks and work for the success of Diri’s administration.