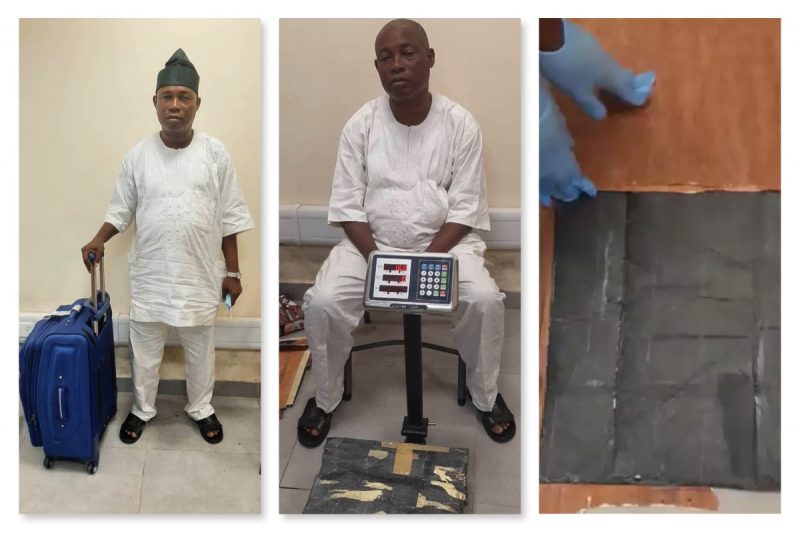 Hassan Bishi Taiwo with his bag and cocaine

A drug trafficker, Hassan Bishi Taiwo, has been arrested at the Murtala Muhammed Airport, Lagos with cocaine concealed in a false bottom of his suitcase.

According to Mr Femi Babafemi, the Director of Media and Advocacy for National Drug Law Enforcement Agency, NDLEA, Taiwo was arrested last Friday.

Babafemi said the suspect was arrested by operatives of the agency, upon arrival onboard Ethiopian airlines at 1:30pm Friday.

According to the agency, Taiwo has been under watch for some time, suspected of trafficking in the drug, via the Middle East.

“The suspect came into Nigeria through Addis-Ababa but he actually travelled to Addis-Ababa from Abuja,” the Commander of MMIA NDLEA Command, Ahmadu Garba, said.

Taiwo’s bag was frisked by the operatives.

Found in its false bottom were three parcels of cocaine

“Upon a thorough search, we discovered another ticket on him while our findings also show that he has been plying his criminal trade through some Middle East countries.”