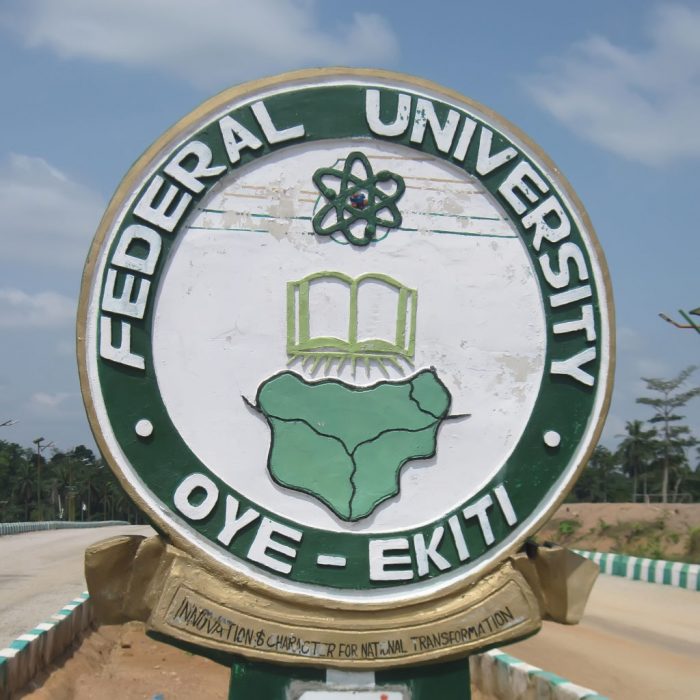 The Vice-Chancellor of the Federal University, Oye-Ekiti (FUOYE), Prof. Abayomi Fasina, on Tuesday, assured female students in the institution of his administration’s readiness to build more hostels for them.

Prof. Fasina gave the assurance at a meeting he held in Oye-Ekiti with the FUOYE chapter of the National Association of Women in Academics (NAWACs) led by it’s President, Prof. Sylvia Uzochukwu.

Fasina noted that the building of the hostels would give the female students more privacy, protection against any harassment and a sense of belonging in the institution’s twin campuses of Ikole and Oye-Ekiti.

The vice-chancellor promised to partner with the FUOYE chapter of the NAWACs, in putting in place a virile cooperative society, which would cater for the important financial needs of the members of staff.

Reacting, the president of FUOYE chapter of NAWACs, Prof. Sylvia Uzochukwu, assured the vice-chancellor of the unconditional support and loyalty of NAWACs, to his administration.

She urged Fasina to urgently provide more hostels for the teeming female students of FUOYE, to protect them against all forms of harassment on the campus and assist them to have a more fulfilling academic and social life on campus.

“During our interaction with the female students, we discovered that there is an urgent and dire need for more female hostels in FUOYE.

“We urge your administration to do this for them so as to make them have their privacy, a sense of belonging and be saved from all forms of harassment,” she said.