IWD turns bloody in Mexico in protest against gender violence 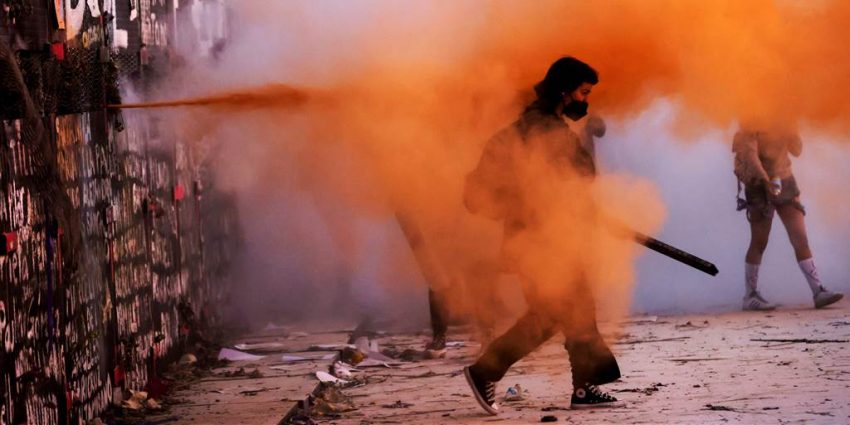 A female activist during the protest in Mexico

Tensions were already simmering between the government and feminist activists ahead of Tuesday’s protests, fuelled by anger at President Andres Manuel Lopez Obrador’s support of a politician accused of rape.

Lopez Obrador said the violence was politically motivated and led by “conservative” infiltrators, and praised the police officers for “stoically” resisting.

He showed footage of protesters smashing hammers against metal barriers that been erected to protect historic buildings and monuments.

They also tore down a section of a 10-foot-tall barricade guarding the national palace.

“It was evident that they wanted to vandalize the national palace,” Lopez Obrador said. “If the wall had not been put up, many people would have been put at risk.”

While the demonstrations were smaller than last year, thousands of mostly female protesters dressed in purple marched in Mexico City, spray-painting streets with messages accusing the government of not doing enough to prosecute femicides.

Marches last year also at times boiled over into violence, which some activists have described as a cry to emphasize the gravity of crimes against women.

Of the almost entirely female police force at the marches, 62 officers were injured and nine of them hospitalized, with injuries ranging from bruises to a clavicle fracture, said Marcela Figueroa, a deputy secretary in Mexico City’s public safety ministry.

Nineteen civilians were injured, and one of them also hospitalized, Figueroa said on Twitter. She added that both the officers and protesters were in stable condition.