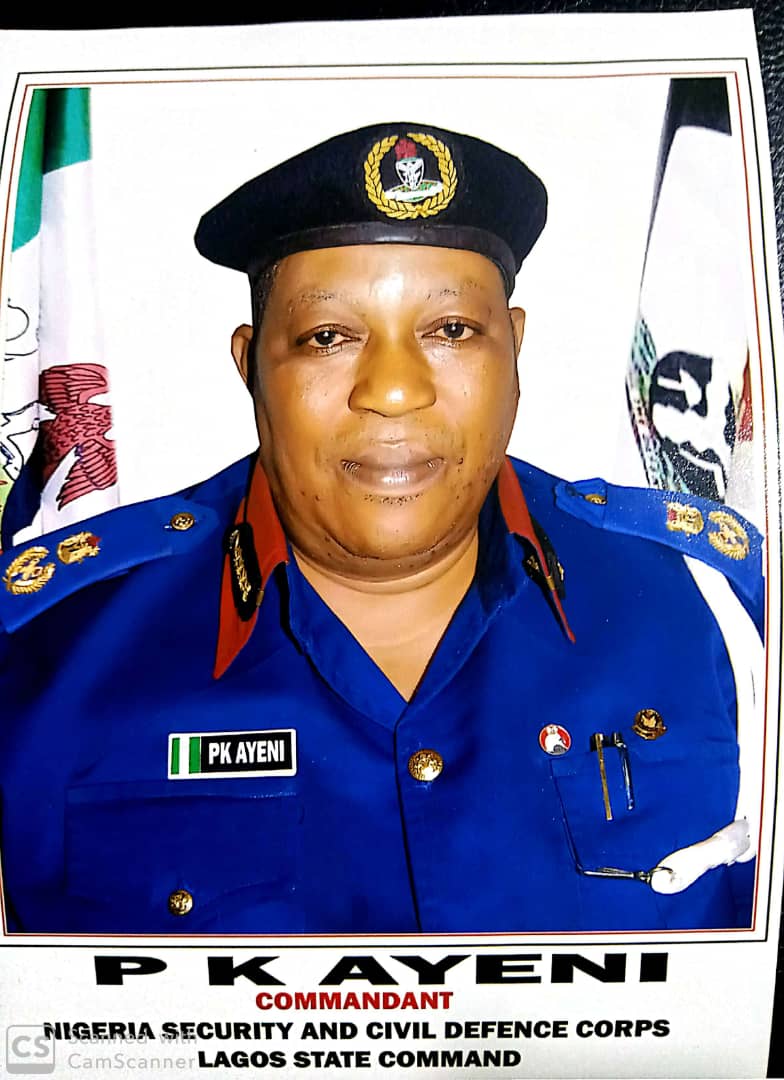 The Commandant said the 23-year-old suspect, who hails from Benin City, Edo and two others now at large, perpetrated the act.

“The suspect and two others nicknamed, Fela and Igba boarded a mini-bus ‘Korope’ also occupied by other three passengers and a driver.

“The suspects on reaching a dark sport threatened the driver and the passengers with a gun and collected money and other items like Android Phones, wristwatches and boxer pants,” he said.

According to the NSCDC boss, luck ran out on the suspect when one of the victims, Mr Sefiu Sodiq identified his stolen boxer pant and alerted the people at Alpha Beach Area in Eti-Osa.

“This led to the arrest of one Mr Baale Arimo, by NSCDC officers in Eti-Osa Divisional Command

“However, Arimo the suspect could not give a correct explanation to the allegations.

“Further investigation led to the arrest of one Mr Afolabi David, 22 years old and native of Onijo in Ifelodun Local Government Area of Kwara State.

“David was not part of the operation, but he is a member of the group as he was together with one of the suspects when arrested,” he said.

According to him, the Android phones, part of the money collected, wristwatches, and boxer pants were recovered, as the command has increased surveillance in the area.

“The two suspects will be handed over to Police Criminal Investigation Bureau for further actions,” he said.

David, while responding to the allegations, said none of the suspects was is his friend.