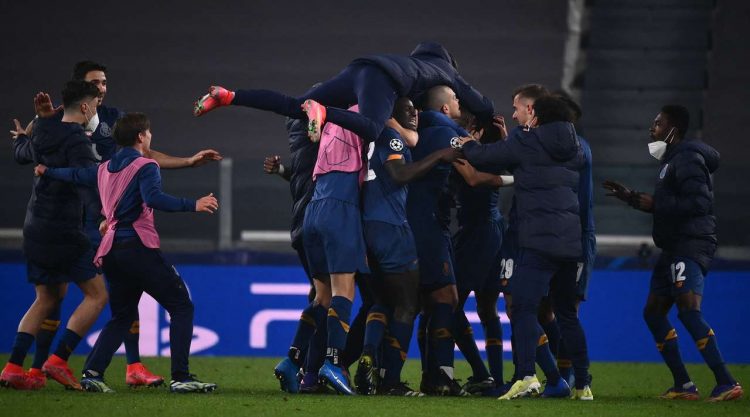 Ten-man Porto have dumped Juventus out of the UEFA Champions League, wining on away goal rule.

The first leg had ended 2-1 in favour of Porto in Portugal, but Juventus won the second leg 3-2, and 4-4 aggregate.

An away goal rule sent Porto into the quarter-finals at the expense of Juventus, with Cristiano Ronaldo missing an opportunity to get to another Champions League final with his team.

Sergio Oliveira was the hero of the day as his brace sent Porto through.

He opened scoring on 19 minutes through a penalty, sending the ball low into the left of the net, giving goalkeeper Wojciech Szczesny no chance.

Juventus responded on 49 minutes through Federico Chiesa. He received a precise pass inside the box from Cristiano Ronaldo and he beats the goalkeeper with a brilliant shot into the top right.

Chiesa got his brace and made it 2-1 for Juventus on 64 minutes.

Juan Cuadrado swung the ball deep into the box and found Chiesa unmarked, and his close-range header flew past the keeper into the roof of the net.

With 3-3 aggregate, the game moved to extra time, with a more dramatic finish.

A free-kick from Oliveira made it 2-2 for Porto and 4-3 on aggregate, with Juventus needing to score two goals if they must go through.

Oliveira took the free-kick with a powerful low drive that went inside the left-hand post and ended up behind the goalkeeper.

Juventus quickly scored a third goal and pressed for the winner.

Adrien Rabiot connected with the ball from the resulting corner and placed a precise header past the stranded goalkeeper and into the top left corner.

Porto held on for a historic victory over a lackluster Juventus.