Betty Akeredolu confident husband will do better in second term 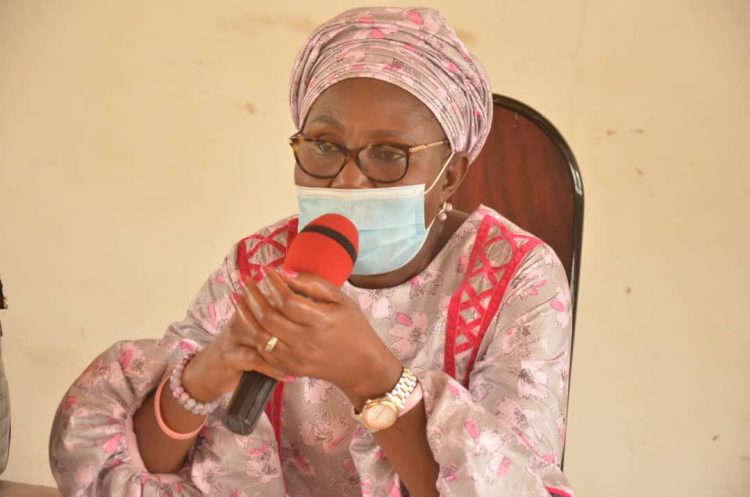 Wife of the Governor of Ondo State, Mrs. Betty Anyanwu-Akeredolu during an interactive session with new appointees and staff of the Office of the First Lady tagged "Meet your Principal" held at the Government House, Alagbaka, Akure, Ondo

Mrs Betty Anyanwu-Akeredolu, the wife of Ondo state governor says Governor Oluwarotimi Akeredolu is in government to justify his re-election.

The First Lady described her husband as a man who is committed to making Nigeria a better place.

She said this during an interactive session with new appointees and staff of the Office of the First Lady tagged “Meet your Principal” held at the Government House, Alagbaka, Akure, Ondo State Capital.

“Akeredolu is in office for another term to justify the confidence reposed in him by the people of Ondo State who re-elected him as a second-term governor. As against the common impression that second term governors are usually complacent, Arakunrin Oluwarotimi Akeredolu is a difference.

Arabirin Akeredolu, who also described herself as a First Lady who is passionate about making Nigeria a better place, decried the rate at which the country is undermining her youth.

Also, she promised to continue to make her own humble contributions within her space.

“I am First Lady with a difference. I am so passionate about the development of this country and the potentials of its citizens, particularly the women and youth. I can also assure you that governor Oluwarotimi Akeredolu is a hard-working governor who prioritizes development and who wants to leave good legacies.”

Betty Anyanwu-Akeredolu described those appointed by the governor in various capacities are men and women who have shown good commitment and proven competence.