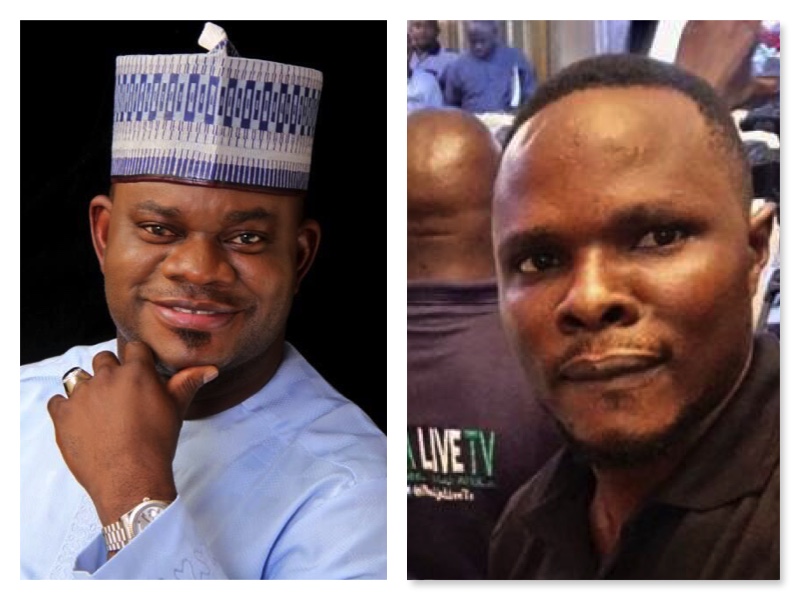 A cyberstalking charge filed against journalist, Saint Mienpamo at the Federal High Court in Yenagoa, has been withdrawn, after he begged Governor Yahaya Bello.

Justice Abimbola Awogboro today discharged Mienpamo, after the Prosecution Counsel, Victor Uchendu made an application to withdraw the charge.

Uchendu told the court that the application to withdraw the suit, was based on a public apology tendered by the defendant to Gov. Bello.

”The defendant apologised to Gov. Bello. He has since retracted the story in several online platforms and the governor has forgiven him for the injury caused by the false report.

“The governor sent his Commissioner for Information who is here in person to show that the complainant in this case has forgiven the accused,” Uchendu said.

The fake news was published by NAIJA LIve TV. Mienpamo is the CEO.

Awogboro struck out the case against Mienpamo and advised him to be more careful in reporting his stories.

After the ruling, Mr Kingsley Fanwo, Kogi Commissioner for Information applauded the DSS operatives for their dexterity in investigation of the case.

He said that following representations by the family of Mienpamo, Gov. Bello realised that Mienpamo was a young journalist who erred and rendered apologies and pardoned him.

”Gov. Bello is a compassionate youth and friendly person who is also a friend of journalists. He accepted the apologies and I believe Mienpamo has learnt his lesson.,” Fanwo said.

Mienpamo said that the error was regrettable and applauded Bello for his magnanimity and forgiving spirit.

“I am grateful to Gov. Bello who showed me kindness as a father and I will continue to see him as a father figure from today onward,” he said.