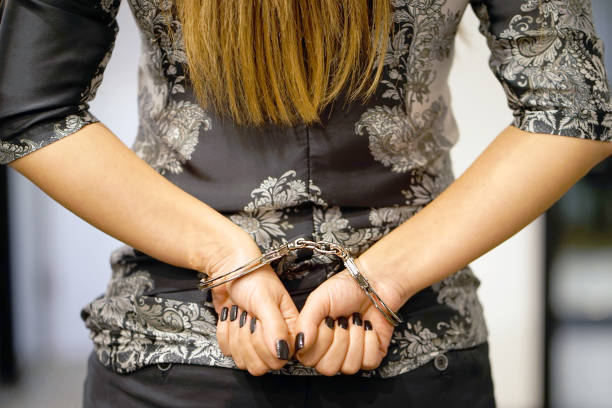 FILE PHOTO: Woman handcuffed hands at the back.

A woman police officer in London has been arrested after a woman went missing in the capital when she was not on duty at the time she vanished.

Sarah Everard, 33, has been missing since March 3, after she left her friend’s house in South London and walked back to her home around four kilometres away.

Assistant Commissioner for the Metropolitan Police Service, Nick Ephgrave, told journalists on Wednesday saying: “our inquiries suggest that this officer was not on duty at the time of Sarah’s disappearance.’’

The serving officer was arrested in Kent, 50 kilometres south of where Everard was last seen on Tuesday evening.

Another woman was also held along on suspicion of assisting the offender.

The force had not confirmed if the officer knew Everard or what she has been arrested for.

Her family was aware of what the police force called a “significant development’’ in the investigation.

“This is a fast-moving investigation and we are doing everything we can to find Sarah,’’ Detective Chief Inspector Katherine Goodwin said.

The fact that the suspect is a serving Metropolitan Police officer is “both shocking and deeply disturbing,’’ Ephgrave said.

On her way home, Everard walked through Clapham Common, a large urban park, and was expected to arrive home some 50 minutes later, but has not been seen or heard from since.

On Tuesday, officers cordoned off a block of flats in a new development in the case.

It came after officers obtained footage from a doorbell camera showed her walking away from the park and towards her home at around 9:30 p.m.