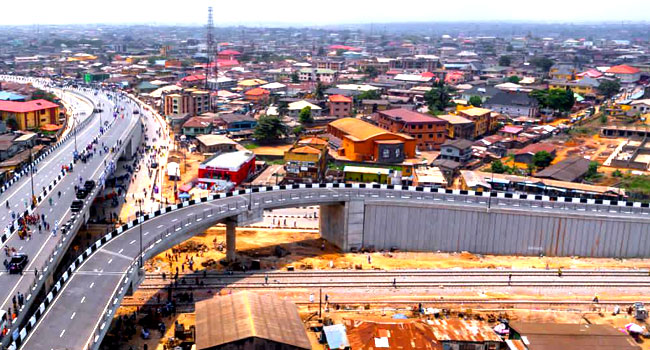 This is contained in a press release signed by the National Coordinator of “Coalition for A Better Nigeria”, Comrade AWA Bamiji, and made available to the newsmen in Lagos stage.

“Governance is a serious business, and it should be approached as such”, Awa Bamiji reiterated.

“As a case study for every State in Nigeria and the Federal Government at large, towards achieving A Better Nigeria, Lagos State Government has again raised the flag of development through the commissioning of 1.4 kilometer dual carriage flyover and five other Roads, at Agege, Pen Cinema Area of Lagos State, last Friday, 5th March 2021”, he stated.

He further maintained that, “The Bridge is a beauty to behold apart from its amazing length and was a timely response to the suffocating nature of the perennial gridlock of huge human and vehicular traffic flowing through the intersection”.

“If these trends of development continue, Lagos in no time, will be the fastest developing State in the world. We say ‘Well done’ to Governor Babajide Sanwo-Olu, alias “Work – in – Progress”, at the Centre of Excellence, we congratulate Rt. (Hon) Mudashiru Obasa, the Hon. Speaker of Lagos State House of Assembly, who represents the area in the House of Assembly and we urge Asiwaju Bola Ahmed Tinubu, National Leader, All Progressives’ Congress (APC), to continue shunning every distraction and keeping up the good work of mentoring the Governor”, Awa lauded.

Bamiji said, “These beautiful products of continuity in Lagos State Governance and many more, are the major headache for the Enemies of Progress”.

“Today, Lagos is most densely populated City in the whole of West Africa because its coveted economic position has since turned it to Holy Land for everyone to come and receive his or her economic blessings.

“The heterogeneous nature of Lagos State coupled with its ever increasing Internally Generated Revenue (IGR) is a blessing to the Government and the good People of the State.

“It is highly commendable that the Lagos State Internally Generated Revenue is 2nd to none in Nigeria, ever since era of Senator Bola Ahmed Tinubu as Governor of the State till Today.

“Although, it is highly understandable that all these developments could not go down well with the conservative youths and leaders among Lagosians and they will continue to make noise at every commissioning of the elephant project like this to really show the world their firm belief in stomach infrastructure rather than open acknowledgement of dividends of democracy for benefit of all of us.

“We thank them all for their own roles of calling the global attention to ‘Wonders of Lagos State’ at every point in time as their own way of applauding excellence.

“We, Youths, are very conscious of these positive developments that are now moulding the future of our society, and it is on this note, we are saying ‘thank you all’ for laying a solid foundation for these laudable achievements. Itesiwaju Ilu Eko, lo je wa l’ogun”, he concluded.