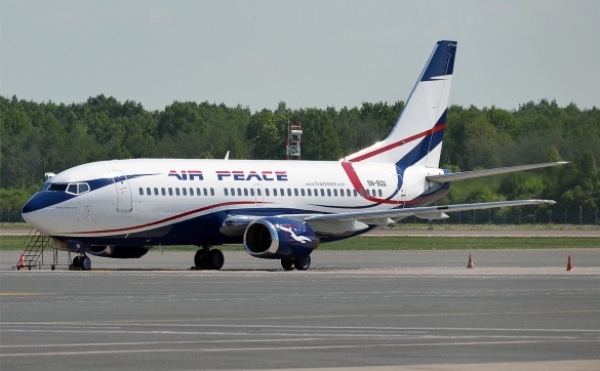 The Accident Investigation Bureau Nigeria (AIB-N) has explained why it ceded the investigation into the Air Peace burst tyre incident to the Nigerian Civil Aviation Authority (NCAA).

The General Manager, Public Affairs, AIB, Mr Tunji Oketunbi, said in a statement issued in Lagos, on Thursday that since the occurrence fell under the purview of the NCAA, all further enquiries on the incident should be addressed to the authority forthwith.

The general manager explained that the investigation was ceded to NCAA following a download of the aircraft’s Flight Data Recorder (FDR) and Cockpit Voice Recorder (CVR) that revealed the aircraft experienced a burst tyre during taxing.

He said: “We refer to the occurrence involving a Boeing 737-300 aircraft with nationality and registration marks 5N-BUQ, operated by Air Peace Ltd.

“The incident occurred at the Murtala Mohammed International Airport, Ikeja, Lagos on Monday.

“Initial findings made by AIB-N following a download of the aircraft’s Flight Data Recorder (FDR) and Cockpit Voice Recorder (CVR) revealed that the aircraft experienced a burst tyre during taxing.”

Oketunbi said the bureau would continue to operate under the purview of the law that established it.