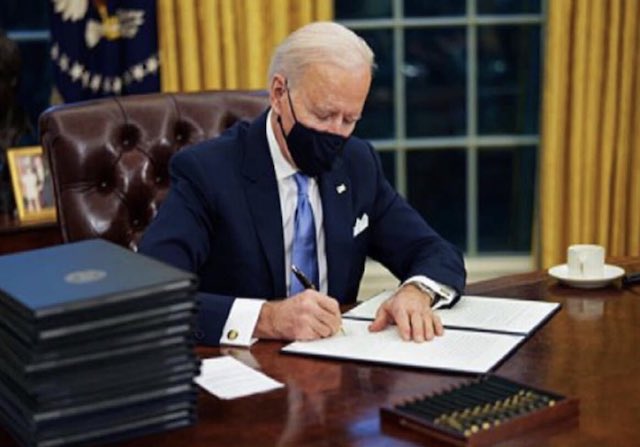 The signing was initially billed for Friday.

But it was shifted to coincide with the anniversary of the declaration by WHO of the COVID-19 pandemic.

“This historic legislation is about rebuilding the backbone of this country and giving people in this nation — working people and middle class folks who built the country — a fighting chance. That’s what the essence of it is,” Biden said in the Oval Office.

It also extends a $300 weekly unemployment supplement through Sept. 6.

The House of Representatives gave final approval to the package on Wednesday.

This was after it was passed by the Senate at the weekend.

No Republican lawmaker supported the bill either in the House or the Senate.

However, the bill has over 70 percent public support.

President Biden will give a prime-time address at 8pm Washington time.