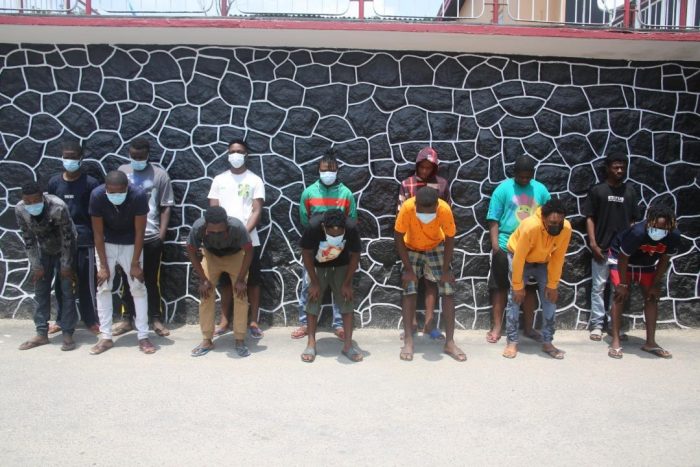 Operatives of the EFCC have nabbed 27 Yahoo Boys in both Abuja and Lagos, as the agency continued its crackdown on cyber crimes.

The arrests were made between Tuesday and today.

EFCC said its operatives arrested 13 of the suspects in Abuja on Thursday.

This was after officials stormed their hideouts.

Officials arrested five of the Yahoo Boys at an N8m a year apartment in Gilmore Estate, Jahi.

The arrests followed actionable intelligence on the cyber activities of the suspects.

Among items seized from them were iPhones and laptops.

A Toyota Avalon and a Lexus SUV were also seized..

Uwujaren said all the suspects have given valuable information.

In the crackdown in Lagos, EFCC arrested 14 Yahoo Boys on Tuesday.

Uwujaren said the suspects would be charged to court soon.

Here is the list of the suspected Yahoo Boys: