Falana to Malami: Ibori loot should go back to Delta state people 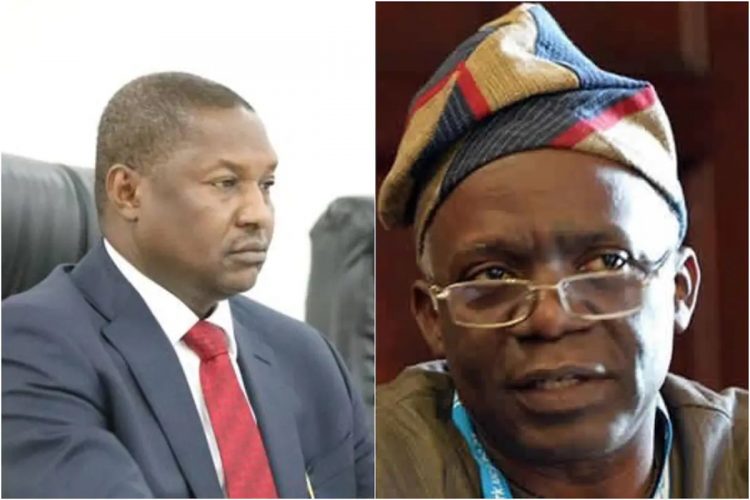 Femi Falana to Malami: Ibori loot must go back to the victims, the people of Delta

Senior Advocate of Nigeria, Femi Falana, has argued for the return to the people of Delta the £4.2million recovered from former governor, James Ibori.

Falana, a leading human rights lawyer, laid out the argument on Wednesday during an interview on Channels Television’s Politics Today.

According to him, it will be illegal for the Federal Government to lay claim to the fund.

Justice Minister, Abubakar Malami had said the money will be used to complete infrastructure projects, such as Lagos-Ibadan expressway, Abuja-Kano expressway and Second Niger Bridge.

Falana, just like some members of the House of Representatives, disagreed about the plan of the central government.

He said the victims of Ibori corruption, the Delta state people must be compensated.

“The Federal Government ought to be commended for pursuing this matter having regards to the fact that this case is a collaboration issue between the EFCC under Malami/Ribadu and the Metropolitan Police in the United Kingdom,” he said.

“Having acknowledged the role of the Federal Government, the fund has to return to the source. As the Attorney General has said, the money is over £100 million. So what has been released now is the first tranche of £4.2 million.

“Since the money left the coffers of the Delta State Government, it has to be returned once it is recovered.”

According to him, Article 35 of the United Nations Convention Against Corruption that is ratified by the United Kingdom and Nigeria, says any proceed recovered from corruption should be expended on the victims.

But P.M. News found that the quoted section of the convention does not expressly say that.

What it says is that: Each State Party shall take such measures as may be necessary, in accordance with principles of its domestic law, to ensure that entities or persons who have suffered damage as a result of an act of corruption have the right to initiate legal proceedings against those responsible for that damage in order to obtain compensation.

She said the money was recovered from friends and family members of the former governor.