FG to collaborate with Ogun State on food, job supplies 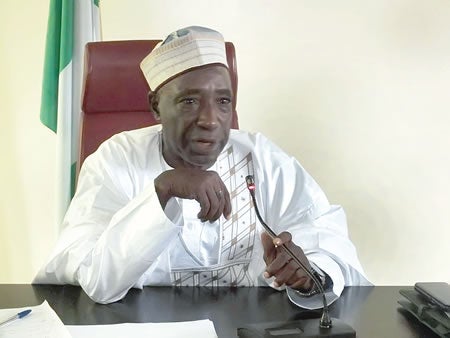 The Federal Government in collaboration with Ogun State Government has organised a training programme for Agricultural Extension Agents on best global practices and efficient work delivery.

The training was organised to ensure increased food and job supplies to meet the demand of the fast-growing Nigerian economy.

Speaking at the opening ceremony of the four-day training held at the Ogun State Agricultural Development Programme, (OGADEP) office, Idi-Aba, Abeokuta, Minister of Agriculture and Rural Development, Alh. Muhammed Nanono expressed optimism that it would enhance extension delivery and help achieve abundant agricultural production as it will help build capacity of youths and existing practitioners.

Nanono, represented by the State Coordinator, Federal Ministry of Agriculture and Rural Development, Engr. Ganiyu Oseni, said the training was being conducted across the 36 States of Nigeria and the Federal Capital Territory, lamenting that extension system, which started in Nigeria about 120 years ago has declined, due to decreased funding, policy changes, reduced man-power and lack of interest of young people in agricultural entrepreneurship.

“Agricultural extension delivery is the driver of all agricultural policies and research, without which all effort in the agricultural ecosystem may not realise its intended goals, thereby its importance in rural and semi-urban development, food and job supplies for the fast-growing population, especially in emerging economies like Nigeria cannot be over-emphasised’’, he said.

On his part, the State Commissioner for Agriculture, Dr. Adeola Odedina described the programme as a step in the right direction, saying it would enable farmers get consultancy services free of charge from the extension workers.

Dr. Odedina said Ogun State places a high premium on extension agents and currently running one of the biggest Anchor Borrowers’ Programme, under which about 15,000 people have been linked to various agricultural opportunities, encouraging farmers to leverage on Agric Extension workers, who are currently being trained.

He commended the Federal Ministry of Agriculture and Rural Development for the training, promising that the it would be stepped down to other extension agents across the State.

Speaking on behalf of other trainees, Director of Agriculture, Ipokia Local Government, Mr. Adewunmi Sunday described the training as apt, particularly at a period when the Government is making efforts to ensure the State attain a status of being the food basket of the nation.