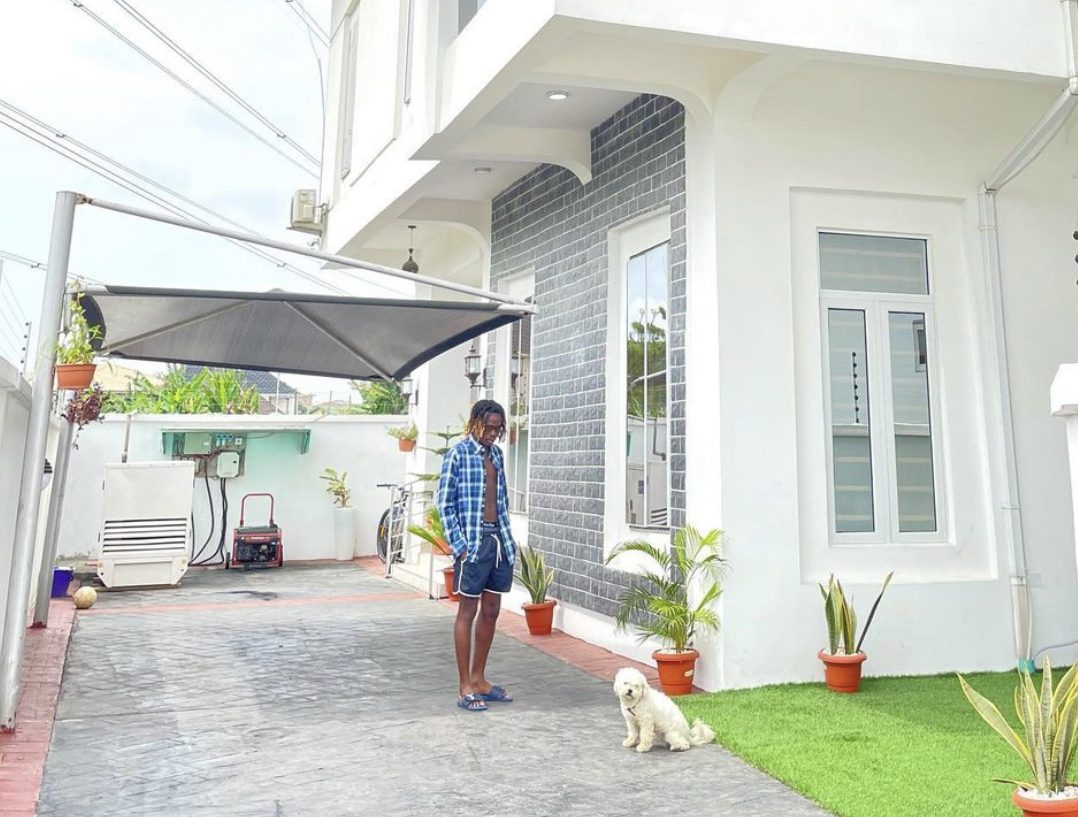 Award-winning Nigerian singer Adedamola Adefolahan also known as Fireboy DML has flaunted the new crib he just acquired for himself.

The music star took to his Instagram page on Thursday, March 11, 2021, where he shared a photo of his new house.

“beyond blessed. 🙏🏾,” he captioned the photo, but the location of the house is still unknown.

Fireboy emerged as the biggest winner at the just concluded Headies award ceremony couping four awards to himself. He won in the Best R&B Album, Best R&amp;B Single, Best Pop Album, and Revelation of the Year categories.

The award was a reward for Fireboy’s second studio album, Apollo. The 17-track album includes “ELI,” “Tattoo,” and “New York City Girl,” as well as appearances from D Smoke, Wande Coal, and Olamide.

This made popular producer, Don Jazzy to declare that the album is good enough for a Grammy prize as he tweeted “That Fireboy album suppose win Grammy sef.”

Fireboy DML is signed to YBNL Nation, a record label founded by Nigerian rapper Olamide. His debut studio album Laughter, Tears and Goosebumps was released in 2019

Fireboy DML grew up in Abeokuta and was a member of his local church choir. He developed interest in music while studying at Obafemi Awolowo University. His breakthrough single “Jealous” first appeared on YBNL Nation’s collaborative album YBNL Mafia Family (2018), before being re-released on 25 March 2019.