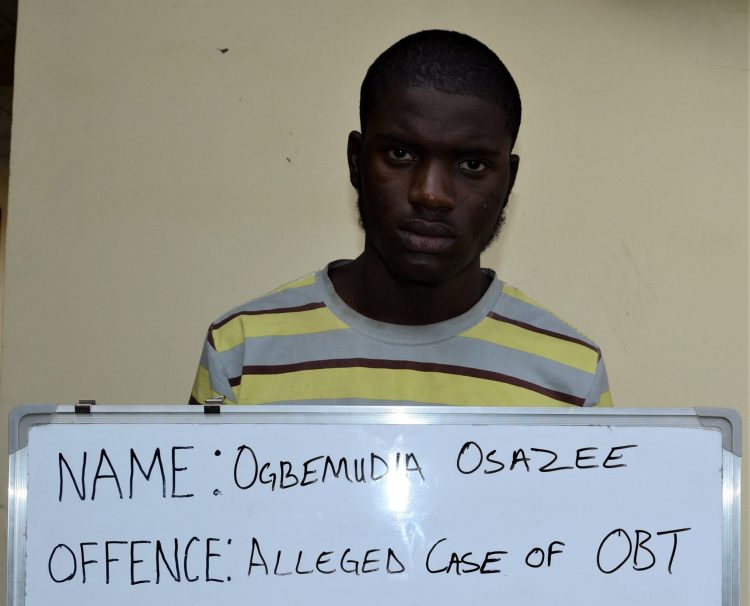 The Economic and Financial Crimes Commission, EFCC, Kaduna Zonal Office has secured the conviction of one Osaze Ogbemudia before Justice M.M.T.Aliyu of the State High Court, Kaduna, on one count charge bordering on obtaining money by false pretence to the tune of N327 000.00.

Ogbemudia allegedly obtained the sum by deception when he represented himself as Rahma Mahtani of Mahtani Investment Management Company, hacked into the email and Instagram account of one Aisha Dadan Garba and tricked her to subscribe to an investment where the investor is rewarded with quality returns on investment within 45 minutes!

After investing N372, 000, Aisha neither got any returns on investment nor recover her investment, while Ogbemudia (a.k.a Mahtani) became incommunicado.

He was however arrested at a new generation bank in Benin City, Edo State after the victim lodged complaints at the Kaduna Office of the Commission.

The charge against the defendant reads: “that you Osaze Ogbemudia sometime in 2020 at Kaduna within the jurisdiction of this Honourable Court, did pretend to be one Rahma Mahtani of Mahtani Investment Managing Company, when you knew you were not such assumed character cheated one Aisha Dadan Garba of the sum of Three Hundred and Twenty Seven Thousand Naira (N327,000.00) when you claimed that you can manage her investment and within 45minutes of investing the money get a profit and thereby committed an offence contrary to Section 308 of the Kaduna State Penal Code Law, 2017 and punishable under section 309 of the same Law”.

The defendant pleaded guilty to the charge brought against him, prompting the EFCC counsel, M.E.Eimonye to ask the Court to convict and sentence him accordingly.

Justice Aliyu, convicted and sentenced the defendant to six months imprisonment without an option of fine.