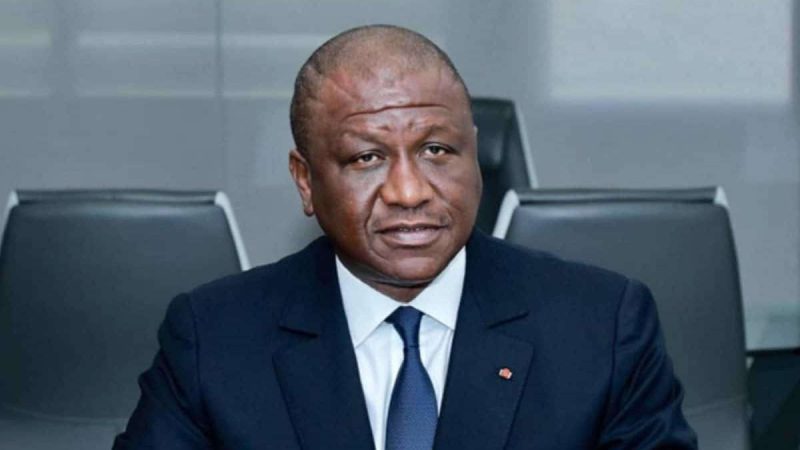 Prime Minister of Ivory Coast, Hamed Bakayoko has died in Germany, according to a government statement. He was aged 56.

“I am deeply saddened to announce the death of Prime Minister Hamed Bakayoko, Head of Government, Minister of Defense, this Wednesday March 10, 2021, in Germany, as a result of cancer,” he said.

Bakayoko has been hospitalised for several weeks in Europe.

The president Monday made a slight reshuffle of his government.

Minister-Secretary General of the Presidency Patrick Achi was appointed as interim prime minister, and Tene Birahima Ouattara as defense minister.

They replaced Hamed Bakayoko on an interim basis for his double positions.