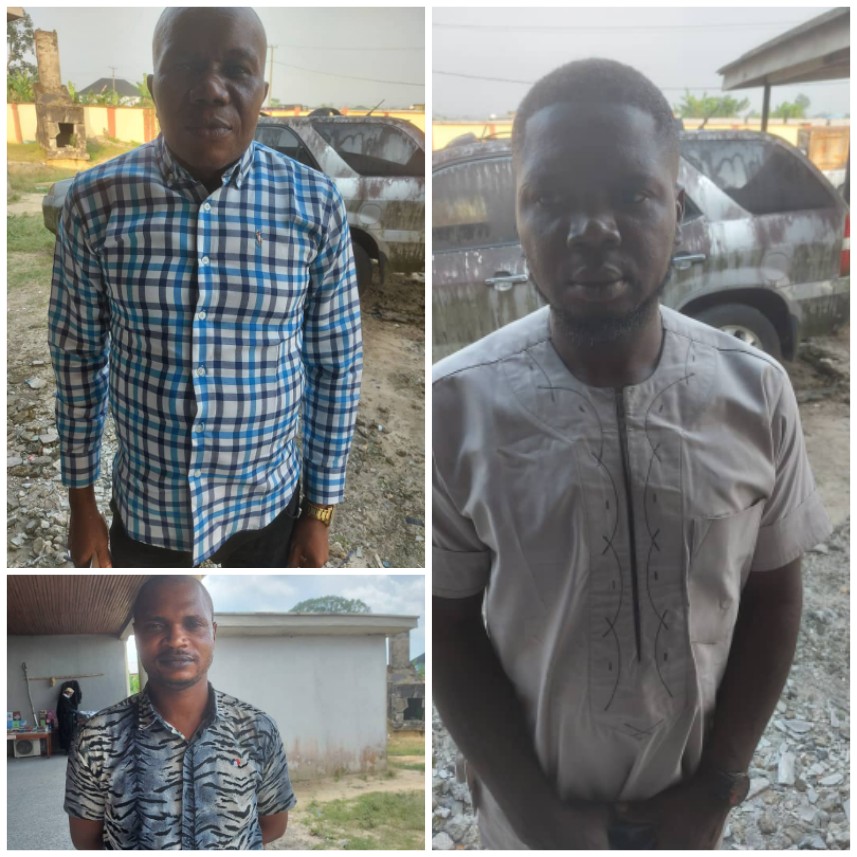 Justice Emeka Nwite of the Federal High Court sitting in Warri, Delta State on Tuesday, March 9, 2021, sentenced and convicted the trio of Olawale Bello, Timuno Abereniboye and John Gwuene to two years imprisonment each or a fine of 200,000 each.

The trio were arraigned by the Benin Zonal Office of the Economic and Financial Crimes Commission, EFCC, for offences bordering on selling/distribution of petroleum products without requisite license.

The charge against one of the defendants reads: “that you John Gwuene (m) on or about 4th January 2020 at around Escravos, Delta State within the jurisdiction of this Honourable Court did sell or distribute petroleum products in Nigeria without a license granted by the minister and thereby committed an offence contrary to Section 4(1) of the Petroleum Act, CAP P10 Laws of the Federation of Nigeria (Revised Edition) 2004 and Punishable under Section 4(6) of the same Act”.

Each of the defendants pleaded ‘guilty’ to the one-count charge.

Justice Nwite convicted and sentenced the defendants to two years imprisonment each with an option of fine of N200,000 each.

The judge also ordered that the product onboard the vessel, be forfeited to the Federal government of Nigeria.