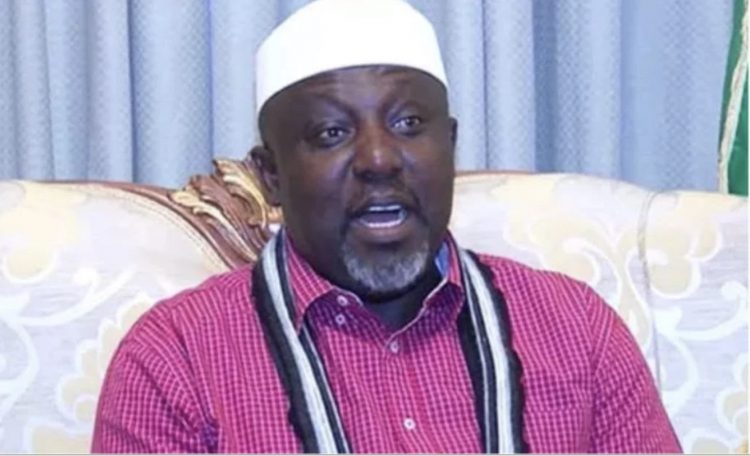 Former Governor of Imo State and Senator representing Imo West, Rochas Okorocha has warned his political opponents that he is destined to win the 2023 presidential election.

Okorocha said this on Thursday when a group of youths under the umbrella of ‘Forward with Anayo Rochas Okorocha (FOWARO 2023)’ visited him in Abuja.

Okorocha who stated that he had contested for the office three times but failed at the primary level, expressed optimism of winning the race in 2023.

He said he aspired to become president of Nigeria long ago, stressing that the first time he picked the presidential ticket was over 20 years back under the platform of ANPP.

He said, “I have contested for the office of the president of the Federal Republic of Nigeria three times.

“So, l have been in the business of running for this office. This time, it will be the fourth attempt. I am hoping to be the President of the Federal Republic of Nigeria.

“Every time l started, l got stopped at the primary level, but this time around when l do run, l must win the race.”

Okorocha is one of the founding fathers of the All Progressives Congress, APC, which came into force prior to the 2015 general election.