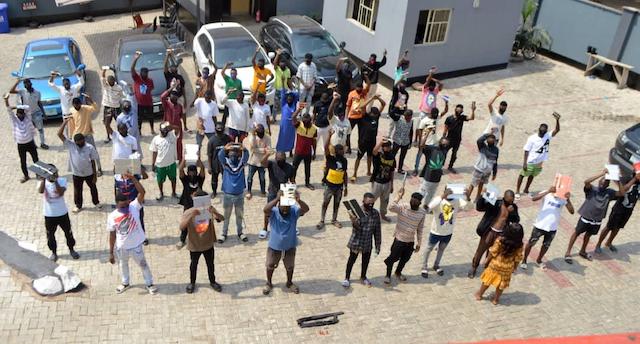 the 57 cyber fraud suspects arrested by EFCC in Ilaro

Fifty-seven cyber fraud suspects have been arrested by officials of EFCC at four hotel hideouts in Ilaro, Ogun state.

Found with them were two pump action rifles.

The arrests came six days after 45 suspects were nabbed in same town.

The suspects were involved in a range of cyber crimes, from love scams on numerous dating sites to obtaining money by false pretences.

Uwujaren said the suspects will be charged to court as soon as investigations are concluded.