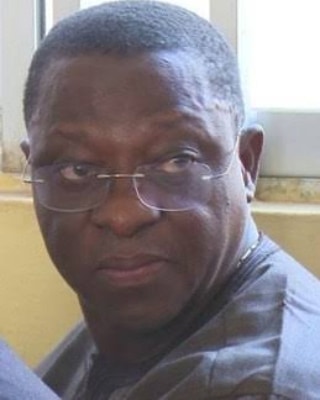 The Centre for Anti-Corruption and Open Leadership (CACOL) has hailed The Supreme Court ruling upholding the 10-year imprisonment of former Plateau State Governor Joshua Dariye upon his conviction for criminal breach of trust.

In a press release issued by the anti-graft coalition’s Director for Administration and Programmes, TolaOresanwo on behalf of its Chairman, Mr Debo Adeniran, he noted, “In his appeal, Dariye prayed the Supreme Court to upturn the November 16, 2018 judgment of the Court of Appeal, Abuja, which convicted him and sentenced him to 10 years for diverting public funds estimated at N1.162billion while he was the governor. A three-man panel of the Court of Appeal, led by Justice Stephen Adah, in its decision, upheld an earlier judgment by Justice AdebukolaBanjoko of the High Court of the Federal Capital Territory (FCT), delivered on June 12, 2018. The trial court convicted Dariye on 15 counts relating to the offences of criminal breach of trust and criminal misappropriation contained in the 23-count charge on which he was tried by the Economic and Financial Crimes Commission (EFCC).

In upholding Dariye’s conviction, the Court of Appeal noted that the prosecution, led by Rotimi Jacobs (SAN), effectively proved its allegation of criminal breach of trust and criminal misappropriation against the ex-governor. The Appeal Court proceeded to reduce the 14-year sentence for the offence of criminal breach of trust to 10 years and reduced the two years sentence for criminal misappropriation to one year.

“We at CACOL, received the news of the Supreme Court verdict on Dariyewith great delight. It is very interesting to note how he pursued justice for his case from the lower courts to the highest court in the land. Though he got respite for the offence of criminal misappropriation levelled against him, the Court did not disappoint millions of Nigerians whose resources are being looted and who are subjected to an abysmal state of deprivations and poverty by upholding the 10-years imprisonment for the offence of criminal breach of trust”.

The anti-corruption Crusader said “We want to commend the judiciary for taking this bold step. We have been at the forefront of naming, shaming and criticizing the corrupt tendencies of some of our political office holders and it gladdens the heart to see some of these wicked public officials being punished for their wicked acts while in office”.

CACOL’s Chairman added “In recent times, we have seen public office holders after siphoning the commonwealth of the citizens of this country running into billions to advance their individual and group’s business interests without recourse to laid-down procedures and thereafter be running from pillar to post in order to evade arrest and the attendant judicial prosecution.

”This is why we commend the decision of the Supreme Court for this landmark judgment and call on all the Anti-graft agencies to continue to investigate and prosecute other public office holders who are still enjoying their freedom and spending their loots.

”We have always opined that culprits of official corruption need to be deprived of their evil accumulations, wherever and whenever they are found out and made to face the consequence of their acts as just deserts”.