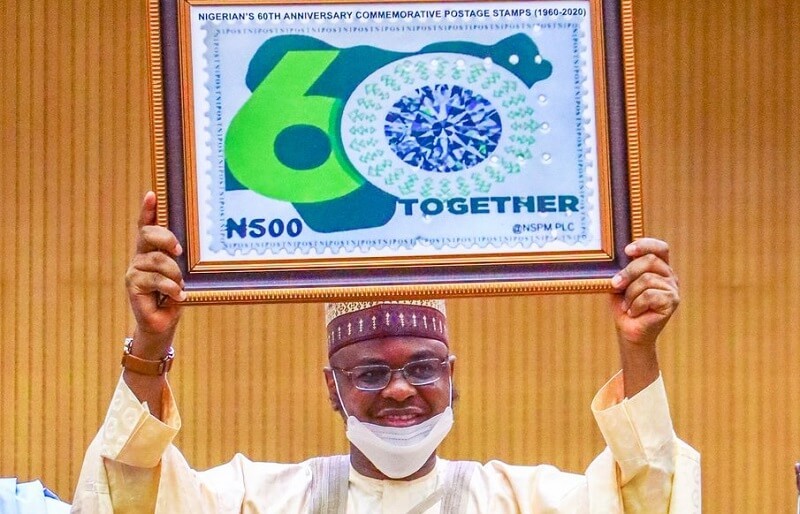 Pantami stated this in Abuja at the unveiling and launching of Nigeria at 60 commemorative postage stamps.

The two stamps in N500 and N100 denominations were unveiled at the ceremony.

“ Soon we will be unbundling other parts of NIPOST such as Property and Development company, Transportation and Logistic company, NIPOST Microfinance Bank, among others.

“ We will achieve this by leveraging on all our infrastructures around the country,” the minister said.

The minister noted that so many positive transformations were taking place in the Nigerian Postal Service (NIPOST).

He mentioned the issuance of commemorative postage stamps as a means of documentation and propagation of the nation’s history.

He noted that the postage stamps would help Nigerians to appreciate the unity, beauty and strength of the nation’s diversity.

The minister called on Nigerians to use the occasion to reflect and appreciate the nation at 60’s journey so far.

“The stamps have been produced some months ago, but could not be unveiled due to certain circumstances.

“The production of the postage stamps was part of the items listed for the celebration of Nigeria at 60 preparations, ” he said.

Dr Ismail Adewusi, Post Master General (PMG) of Nigerian Postal Services (NIPOST) said that the postage stamps were produced in order to celebrate the nation and document it for posterity.

He said that the history of Nigeria’s struggles dates back to past heroes and leaders whose struggles led to independence in 1960.

Adewusi noted that NIPOST had been part of the socio-cultural and economic growth of the country by the pictorial capturing of the country’s journey, via stamps.

“ Postage stamps were introduced to proffer solutions to the prevailing communications and fiscal challenges in the British government,” he said.

Adewusi said postage stamps tell the true history of Nigeria as recorded through its lens.

The two stamps came with Nigerian flag and inscription ‘Nigeria @60’ boldly written on them.

NIPOST was carved out of the defunct Nigerian Post and Telecommunications (P and T) department.

It remained a government agency even as its sister organisation, NITEL, had since been unbundled and privatised.